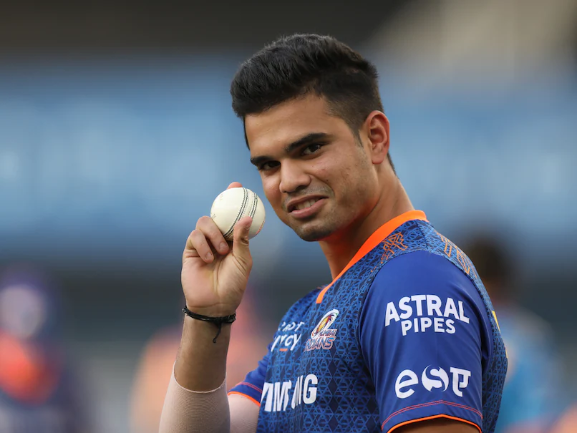 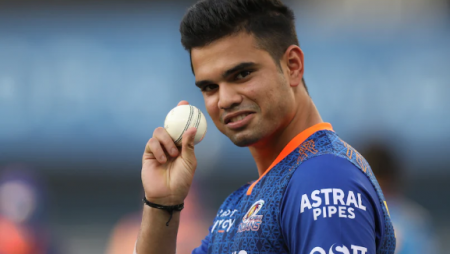 Arjun Tendulkar has yet to play a game for the Mumbai Indians in the ongoing IPL 2022 edition, but he has already garnered a lot of attention, and fans are eagerly awaiting his debut for the Rohit Sharma-led side. The Mumbai Indians post a photo of Arjun before the game against the Lucknow Super Giants. Fans speculate whether he would be playing his first game. That, however, was not the case. However, in the most recent video share by the franchise, Arjun Tendulkar seen delivering a near-perfect yorker that completely beat Ishan Kishan and crash into the stumps.

“You ain’t missing if your name is Arjun,” Mumbai Indians captioned the YouTube video.

Fans have ask for Arjun to be include in the Mumbai Indians lineup in the comments section.

Arjun Tendulkar was previously a net bowler for the Mumbai Indians before being signed by the franchise prior to the 2021 edition of the IPL.

He did not play a single game last season, and he was picked up by Mumbai Indians for Rs 30 lakh in the mega auction preceding the ongoing IPL.

The Mumbai Indians have yet to win a game this season, having suffered six consecutive defeats.

On Thursday evening, they will face the Chennai Super Kings.