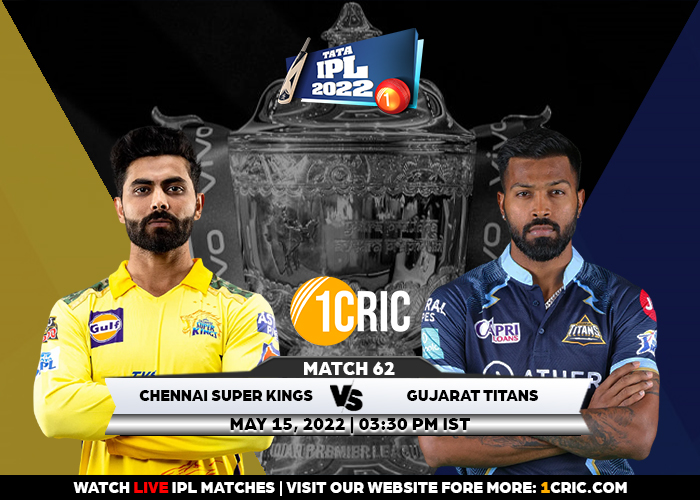 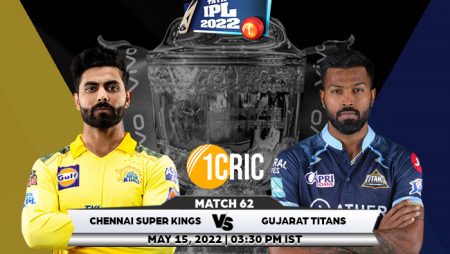 Match 62: IPL 2022, CSK vs GT Prediction for the Match – Who will win the IPL Match Between CSK and GT? GT has already qualified for the playoffs, while CSK has dropped out

In the next group stage match of the Indian Premier League (IPL) 2022, the defending champions Chennai Super Kings (CSK) will face the newcomers Gujarat Titans (GT). Both teams enter the competition with contrasting results. While CSK fell to the five-time champions Mumbai Indians in their previous match, GT thrashed the Lucknow Super Giants by 62 runs.

When it comes to the game, both teams will have nothing to lose because GT has already qualified for the play-offs with nine victories in 12 matches. The Yellow Army, on the other hand, has lost 8 of 12 matches and has been eliminated from the competition. Both teams, however, will want to win for their fans.

Both teams will be looking to capitalize on the wicket at Wankhede Stadium, which has produced some high-scoring matches in the past. The dew factor will not affect the match because it is a day game. The skipper who wins the toss may want to bat first and post a competitive total on the board before defending it later.

The probable best batter of the Match: Ruturaj Gaikwad

Ruturaj Gaikwad of CSK has been in and out of form so far in this edition. The right-handed batter has delivered some excellent performances in the tournament but has struggled to score runs consistently. Gaikwad only managed seven runs in his previous match, but he will look to rebound in the next one.

Rashid Khan, GT’s star spinner, was at his best in his previous match against LSG, taking four wickets. The 23-year-old will want to repeat his performance against the defending champions CSK. The right-arm spinner will want to take MS Dhoni’s prized scalp as well.