Match 32 IPL 2022: DC vs PBKS Prediction for the Match – Who will win the IPL match DC vs PBKS today? 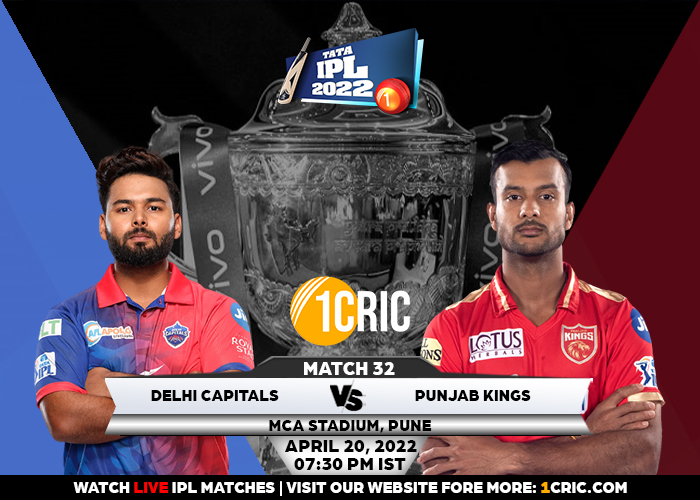 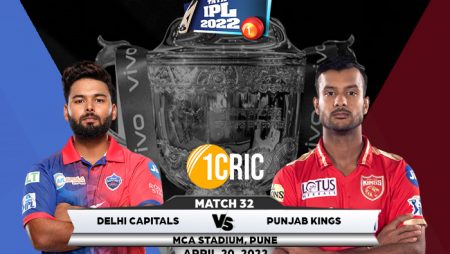 Match 32 IPL 2022: DC vs PBKS Prediction for the Match – Who will win the IPL match DC vs PBKS today? Both teams are coming off a loss in their previous game.

The Delhi Capitals will play the Punjab Kings in their next match at Mumbai’s Brabourne Stadium. The Rishabh Pant-led side is coming off a loss against the Royal Challengers Bangalore and is currently eighth in the points table with two wins in five games. Mitchell Marsh tested positive for Covid-19 in the Delhi camp, and the entire squad has been isolated. Anrich Nortje may return to the XI if he is fit, as the other bowlers conceded in the previous match.

Punjab Kings, on the other hand, haven’t had the best of luck. Having suffered a big loss to the Sunrisers Hyderabad in their previous game. They are currently seventh in the points table with three wins in six games, and Mayank Agarwal is expected to return to the starting lineup for the upcoming game after missing the previous one. Jonny Bairstow has yet to light up the stage this season, and Punjab will be expecting him to do so soon.

The last two games at this venue have produced contrasting results, and it is also one of the more difficult grounds to defend. It is preferable for the captain who wins the toss to bowl first. Going by the games so far, it won’t be easy to post big totals on the ground as well.

Liam Livingstone had another good outing in the previous game against SRH. Scoring a half-century and helping his side to a respectable total. The England batter can be very dangerous in the middle order, and he has already scored 224 runs in six games. Based on how the Punjab Kings have performed thus far in the tournament, the right-hander is likely to continue his assault.

Rahul Chahar has been the standout bowler for Punjab Kings this season, and his leg-spin has continued to impress. Despite receiving little assistance from the wickets, the youngster has been able to extract turn from the pitch and has already taken nine wickets in six games this season. He has the ability to turn games around and finished with 2/28 in the previous game when the other bowlers were unable to make an impact.