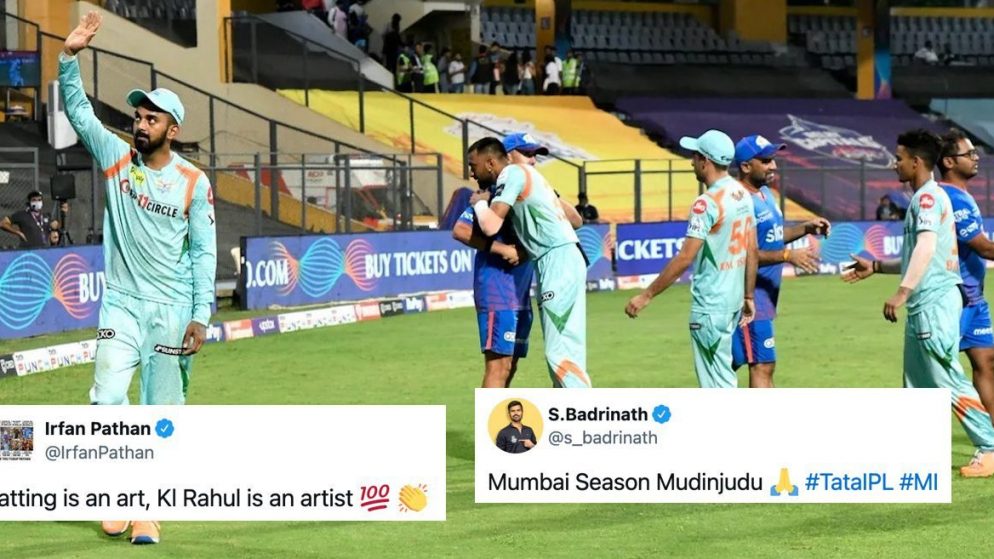 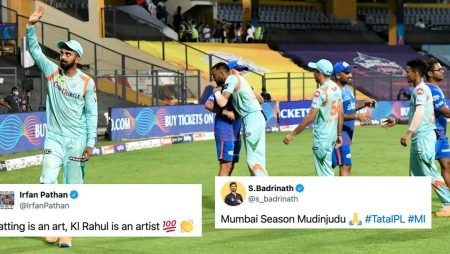 KL Rahul was in fine form as he hit his second century of the Indian Premier League 2022 season. During the match between the Lucknow Super Giants and the Mumbai Indians at the Wankhede Stadium on Sunday. It was also his second century against the same opponents this season, with his 103 in their previous match propelling his team to a crucial victory. However, After being put in to bat on Sunday, he remained unbeaten on 103 off 62 deliveries to help LSG post 168/6.

Twitter erupted in praise for the LSG captain, who continued to demonstrate why he is regarded as one of the league’s best batters.

“A Masterclass in Construction, Execution and Awareness. Your Eyesight watching can only get better. Pure Azz…without batting an eyelid. Win, Lose the bar is up,” former Team India head coach Ravi Shastri also tweeted.

Meanwhile, Wasim Jaffer tweeted a hilarious video depicting how much easier Rahul found it to bat against MI than his teammates.

Moreover, Rahul hit 12 boundaries and four sixes in a brilliant batting performance that kept his team in the game despite little support from the opposing team. For context, Also Manish Pandey’s run-a-ball 22 was the LSG batters’ next best contribution.