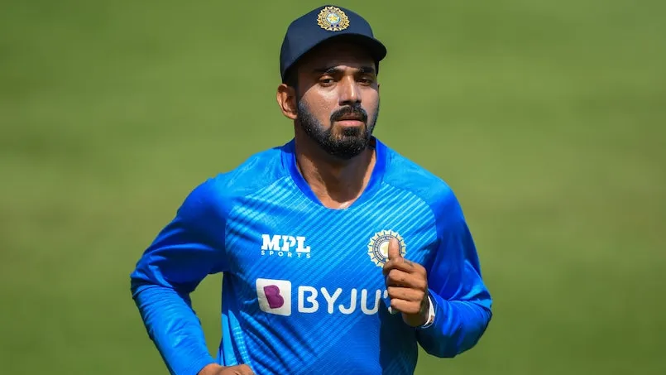 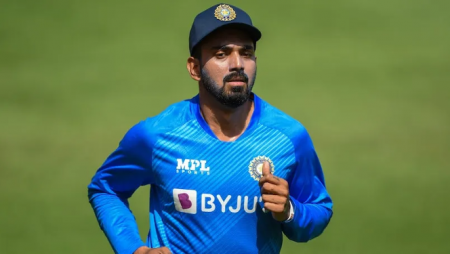 KL Rahul Makes a Statement on “Health and Fitness” Hopes to Recover Soon. India batter KL Rahul issued a lengthy statement on Saturday. Saying that testing positive for COVID-19 has pushed things back a couple of weeks. But he hopes to recover as soon as possible.

KL Rahul of India issued a lengthy statement on Saturday. Saying that testing positive for COVID-19 has pushed his return to the international arena. “Back by a couple of weeks. ” But he hopes to recover as soon as possible and be available for selection. It should be noted that Rahul named to the squad for the T20Is against the WI, but he test positive and was thus rule out.

Rahul had previously suffered an injury prior to the T20I series against South Africa. He did not play in the five-match series.

Also Visit: A suicide bomber detonated a suicide bomb during a T20 match in Kabul’s stadium.

KL Rahul Makes a Statement on “Health and Fitness”

Rahul took to Twitter and wrote: ” Hello everyone, I just wanted to clarify a few things. About my health and fitness. My surgery in June went well, and I started training in the hopes of returning to national duty for the team’s tour of the West Indies. Unfortunately, just as I was getting back into shape, I tested positive for COVID-19.”

“This naturally pushes things back a couple of weeks, but I intend to recover as soon as possible and be available for selection. The highest honor is to represent the national team, and I can’t wait to get back out there in blue “He continued.

Earlier on Saturday evening, India announced its squad for the upcoming three-match ODI series against Zimbabwe, which begins on August 18. Shikhar Dhawan will captain the team, while Deepak Chahar has returned after recovering from an injury.

Rahul Tripathi was also given his first ODI cap.