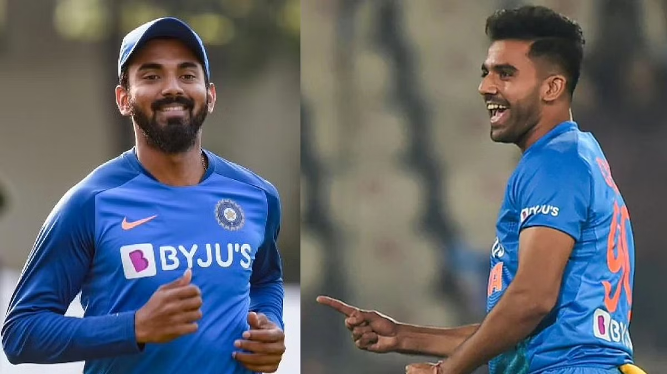 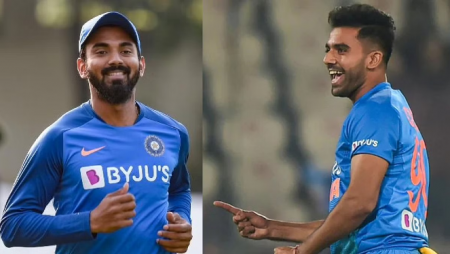 KL Rahul and Deepak Chahar to Make Comebacks in Asia Cup 2022. The Indian squad for the Asia Cup will give us a good idea of who will be on the team for the T20 World Cup this year.

Senior opener and first-choice vice-captain KL Rahul, along with seamer Deepak Chahar. Expected to reclaim their places in the Indian team when the squad for Asia Cup is announce on August 8. From August 27 to September 11, the Asia Cup will play in T20 format in Dubai and Sharjah. Rahul suppose to return for the away ODI series in Zimbabwe, but a bout of COVID-19 appears to have slowed his recovery from the sports hernia surgery he recently underwent.

What will be interesting to see is whether the selection committee, led by Chetan Sharma, chooses a standard squad of 15 or expands it to 17, allowing for a chance to try out all possible options.

Also Visit: Heather Knight, England’s captain, ruled out of the Commonwealth Games and the Hundred due to injury.

As the team will play around a dozen games before its showpiece against Pakistan at the MCG on October 23.

While Rishabh Pant and Suryakumar Yadav have been Rohit Sharma’s opening partners in the last six T20 games, Rahul Dravid will return to the top of the order in this lineup.

“KL Rahul is not require to prove anything. He’s a gentleman. He has always played T20 as a specialist opener, and this will continue. Surya and Rishabh are expected to be specialist middle-order batters in the future “On condition of anonymity, a BCCI source told PTI.

Rahul, one of the most prolific IPL players, has been chastised for his dated approach when opening the innings in T20Is.

However, with the Indian team employing a ‘attack at all costs’ philosophy in the Powerplay, as advocated by both Pant and Surya, Rahul will undoubtedly need to change his game in the continental tournament in the UAE.

Also Read: “Might Even See Virat…”: A Big Prediction from an Ex-India Cricketer