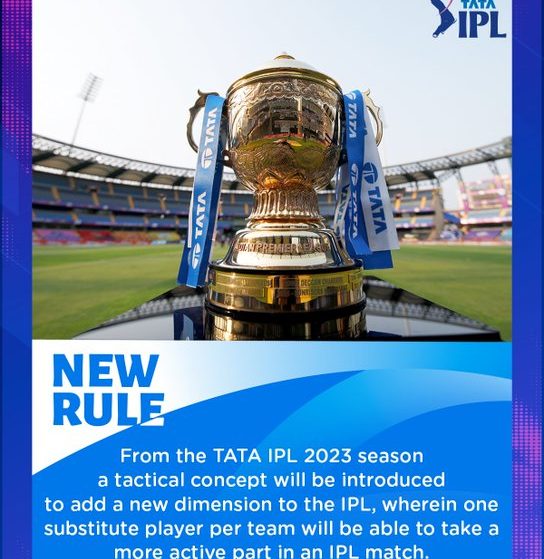 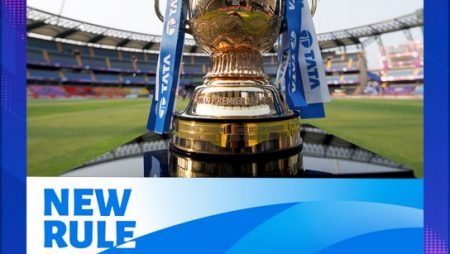 IPL announced addition of ‘tactical’substitute’ for 2023 season. Gujarat Titans won the 2022 edition of the Indian Premier League. A mini auction is plan for December 23 on Kochi ahead of the next season.

The Indian Premier League stated on Friday that beginning with the forthcoming season (IPL 2023), each side would be permitted to use a replacement player who “will be able to take a more active part in the action.” The news was shared on Twitter. This season, the Board of Control for Cricket in India (BCCI) tested the concept of tactical substitutes in the domestic T20 competition, Syed Mushtaq Ali Trophy.

Also Read: BCCI requests that players be gathered into a pool for the Women’s IPL.

IPL announced addition of ‘tactical’substitute’ for 2023

“Time for a New season . Time for a New rule.  How big an “impact” will the substitute player have this edition of the #TATAIPL.” IPL caption its tweet.

The 2022 edition of the IPL was won by newcomers Gujarat Titans. A mini auction is schedule to take place on December 23 on Kochi ahead of the next season.

Also Read: Taskin Ahmed will miss the opening ODI against India due to back strain.