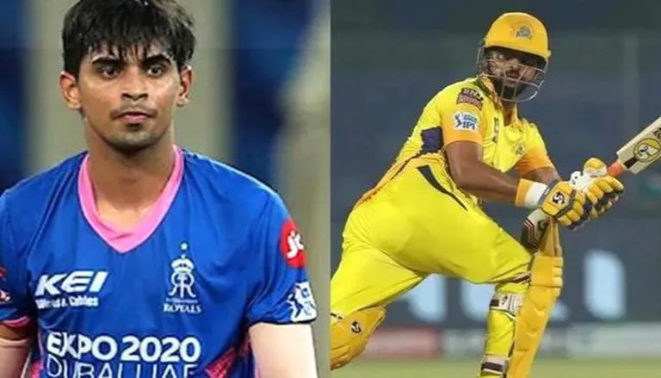 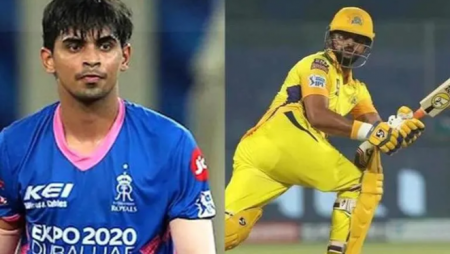 IPL 2022: “Suresh Raina Entered My Life Like A God” SRH Pacer Kartik Tyagi, who is currently playing for SunRisers Hyderabad (SRH) in the ongoing season, reveal how Suresh Raina influence his cricket career as a child.

Kartik Tyagi’s career has taken off since his performance in the 2020 U-19 Cricket World Cup. The pacer sign by the Rajasthan Royals in the Indian Premier League 2020 Player Auction. The same year and went on to take nine wickets in his debut season. In this year’s mega auction, he select by SRH for Rs 4 crore and recently credit Suresh Raina for believing in his talent.

He state via SunRisers Hyderabad’s Instagram account. ” Suresh Raina, as I always say, enter my life like a god after Under-16. Because people began to recognize me when I select for the Ranji Trophy. When I was 13, I took part in the Under-14 trials, which is where my cricketing career began. I began by playing for the Under-14 team, then the Under-16 team. I had a season in the U-16s where I had 50 wickets in 7 matches. That is when the selectors became aware of a player, who had been taking a lot of wickets at the State level. “

Kartik Tyagi: Gyanendra Pandey Noticed me and told me that he impress with my performances

“Despite taking a lot of wickets, we made it to the finals but lost. Gyanendra Pandey sir noticed me there and told me that he impress with my performances. That he would promote me in the future “..

“I then traveled to the State Ranji Trophy camp. When I arrive, I was a 16-year-old newcomer, while the others were season veterans. Then there was the incident in which Suresh Raina appear “He went on to say.

“I used to be very quiet and watch everything. He was about to leave after practice, but I’m not sure why he return to the ground. He then approach me and inquired about my role. When I told him I was a bowler, he gave me a chance to bowl in the nets. He saw my performance and told me, “I like your bowling, and I’ll make sure you get opportunities in the future.” Personally, I thought it was great that someone like Suresh Raina noticed my performance.”

“I was surprise that such a big player had complimented me, and for a brief moment. Thought he was joking. I couldn’t believe it when he said I was doing well and that I’d be able to play in the coming days.”

After that, it came as quite a surprise to me that my name had been shortlisted for the UP Ranji team. My Ranji career began there, and I later advanced to the Under-19 team. Where I competed in the Under-19 World Cup.”

The young pacer has yet to play a game for SRH this season, but will look to impress if given the opportunity. With eight points from six games, SRH is currently fifth in the IPL 2022 points table.

Also Read: IPL 2022: Robin Uthappa Sets His Sights on a Clutch of Records Ahead Of The 200th IPL Match