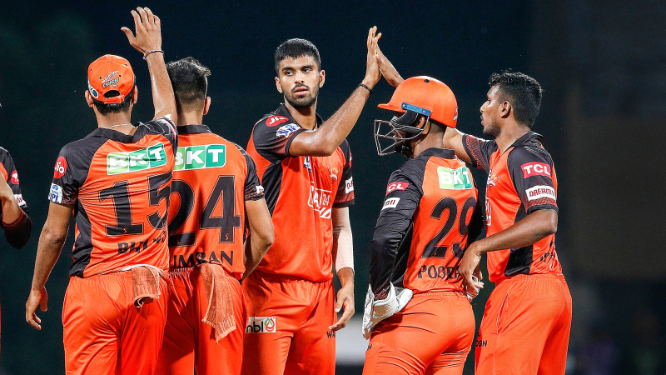 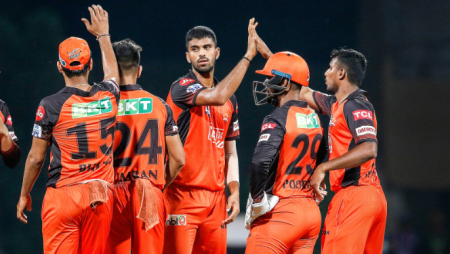 IPL 2022 SRH Predicted XI vs KKR: Should Marco Jansen Be Included? As a struggling SunRisers Hyderabad (SRH) take on Kolkata Knight Riders (KKR) at the Maharashtra Cricket Association Stadium in Pune on Saturday, skipper Kane Williamson may be tempted to bring back left-arm pacer Marco Jansen.

SunRisers Hyderabad (SRH) will look to snap a four-game losing streak when they face Kolkata Knight Riders (KKR) on Saturday at the Maharashtra Cricket Association Stadium in Pune. SRH’s fortunes have been contrasting, with four consecutive losses following a run of five consecutive wins. This may tempt captain Kane Williamson to bring back left-arm quick Marco Jansen to take early wickets against a strong KKR batting lineup.

Also Visit: Giving Virat Kohli a break will not benefit him: Lalchand Rajput

Here’s how SRH Predicted XI vs KKR on Saturday:

This season, the left-handed batter is averaging more than 30 runs and has a fantastic strike-rate of more than 130. In IPL 2022, he has made some good starts at the top of the order for SRH.

With an average of 19.90 after 11 innings, the skipper is experiencing a rare dry spell. To keep his team’s playoff hopes alive, the captain must lead from the front.

Tripathi has been one of SRH’s standout performers this season. He has two fifties at an average of 38.50 in 11 matches.

Markram’s level head brings a lot of calm to the SRH middle-order, especially when chasing down difficult targets. The South African batter has a batting average of over 65 and a strike rate of 142.98.

This season, Pooran has really come into his own when it comes to batting. He has been fantastic at finishing games and is averaging over 50 in the IPL 2022.

Singh has yet to prove his worth and has struggled with the bat. Shashank scored 8 runs off 9 deliveries in SRH’s last match against RCB and looked uneasy in the middle.

Suchith has only played four games this season, but he has impressed with six wickets at an economy of 7.29.

The young pacer is getting better with each game and has undoubtedly gained at least a yard of speed since last year. He will want to contribute more to the team’s cause as the competition progresses.

The experienced bowler bowled well from the start and even at the end, and he used his skills, such as change of pace, quite effectively throughout.

The left-arm pacer had a strong start to the tournament but was forced to withdraw after a couple of tough outings. If he is selected for the KKR match, he will aim for a better performance.

This season, Umran has been the tournament’s toast. With his consistent quick pace, he has rocked the ball and even crossed the 157 kmph barrier. He will, however, want to exert more control and use his pace to take more wickets.

Also Read: “He Will Take Some Time To Mature,” says Mohammed Shami on Umran Malik.