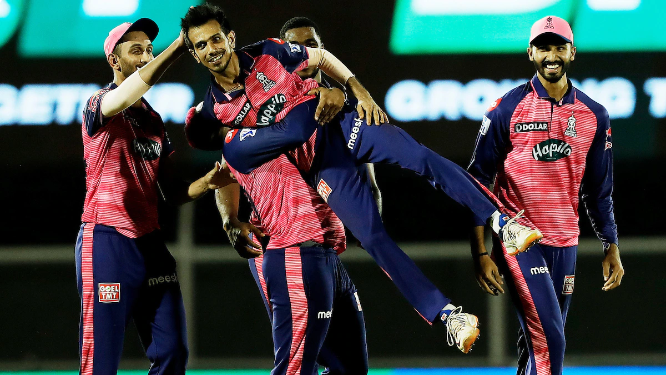 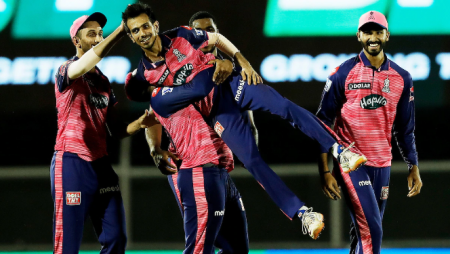 On Tuesday, the Rajasthan Royals (RR) will face Royal Challengers Bangalore (RCB) in Match 39 of the ongoing Indian Premier League (IPL) 2022 season at the Maharashtra Cricket Association Stadium in Pune. RR are currently third in the IPL 2022 points table, with 10 points from seven games, including five wins and two losses.

Meanwhile, RCB are fifth in the league with 10 points from eight games (five wins and three losses) and a lower net run-rate. Rajasthan defeated Delhi Capitals (DC) by 15 runs in their most recent match, Match 34. As RR posted 222 for two in 20 overs, Jos Buttler smashed a century, scoring 116 runs off 65 balls. Meanwhile, Prasidh Krishna took three wickets to hold Delhi to 207 for eight in 20 overs.

Here’s how the RR Predicted XI vs. RCB:

In RR’s previous match, the Englishman hit his third century of the season. It was also his fourth IPL century, and Buttler will look to build on his performance and extend his lead in the Purple Cap race.

With a knock of 54 runs off 35 balls, the former RCB man anchored a strong opening partnership with Buttler against Delhi. He will be expected to replicate his previous performance and provide his team with a strong start.

Sanju Samson hit 46 runs off 19 balls in RR’s win over DC, helping his team set a challenging target of 223 runs. The RR captain’s goal will be to build on that.

The West Indies cricketer didn’t have much to do in the win over DC, but he has already demonstrated his ability as a finisher this season.

This year, the veteran spinner has been in good form for Rajasthan, picking up two wickets in four overs against DC. He has become an essential cog in the team’s plans since his arrival.

Trent Boult was once again costly, conceding 47 runs while failing to take a single wicket against DC. Despite this, he is expected to remain in the starting XI.

Obed McCoy was not at his best against Delhi, but he has been impressive for RR in previous games. He took one wicket against DC but gave up 52 runs.

This year, the spinner has been in excellent form, leading the Purple Cap race with 18 wickets in seven matches.