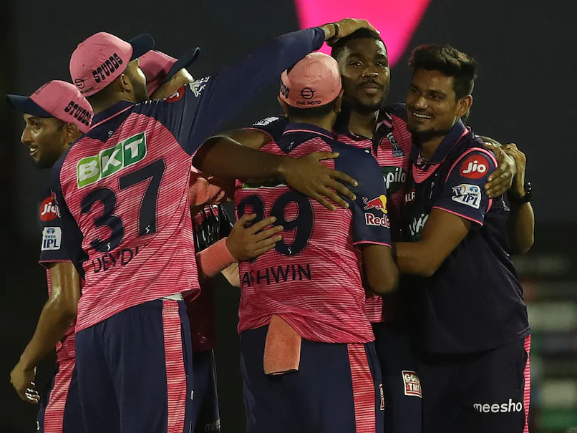 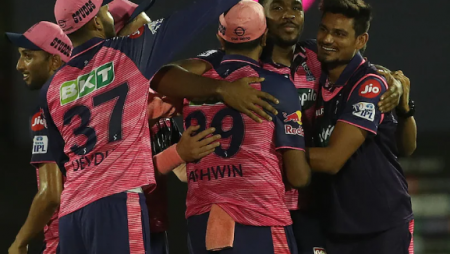 On Friday, the Rajasthan Royals (RR) will face the Chennai Super Kings (CSK) in Match 68 of the ongoing Indian Premier League (IPL) 2022 at Mumbai’s Brabourne Stadium. This will be RR’s final group stage game of the IPL 2022, and they will be looking to finish the league stage on a high note against MS Dhoni’s CSK. To bolster batting depth, skipper Sanju Samson may be tempted to bring in batter Rassie van der Dussen in place of a struggling James Neesham in their playing XI.

Here’s how RR Predicted XI for their CSK clash on Thursday:

Jaiswal has recovered well after a slow start to the season. Yashasvi has a strike-rate of more than 135 after six matches and already has a fifty to his name.

Buttler has recently suffered a couple of rare failures following an explosive start to the season that has kept him atop the list of most run-getters in IPL 2022.

This IPL, the captain has played a variety of roles. He has served as an anchor following the loss of an early wicket, and he has also taken on the responsibility of hitting boundaries after a good start.

Padikkal has made the number 4 position his own for RR after opening the batting for his previous franchise. This season, both former cricketers and experts have praised his stroke play and temperament.

In order to provide batting depth against a strong CSK bowling line-up, South African cricket could replace James Neesham in his playing XI.

Riyan Parag has been one of RR’s best fielders, with a slew of delightful catches and saucy celebrations. However, he must step up with the bat when the team requires it the most.

With his all-around abilities, Ashwin has been a revelation. His floater role with both the bat and the ball has made him a valuable asset for RR this season.

Although Boult’s economy has been a source of concern, he still possesses some excellent skills at the death, in addition to extensive T20 experience.

Krishna was expensive at the start of the innings, but as the innings progressed, the pacer jolted opposition batting with regular wickets.

Chahal remains the top wicket taker and has delivered every time the captain has given him the ball.

Obed had two wickets in four overs against LSG in the previous game, but went for 35 runs. He’d like to improve his figures in this match.