IPL 2022: RCB organizes match simulation scenarios as a team bonding exercise ahead of the new season 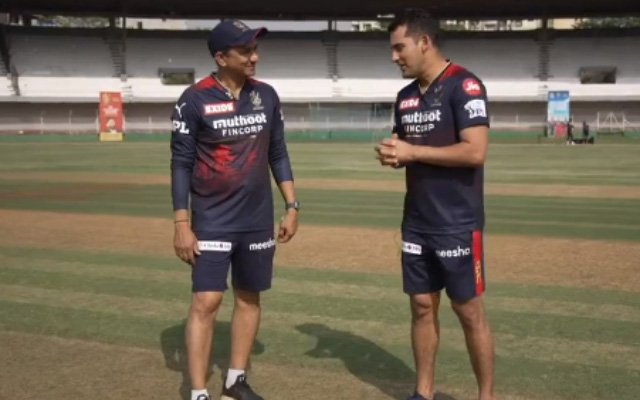 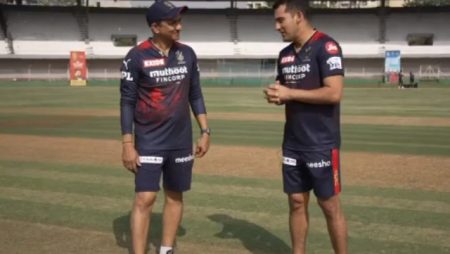 IPL 2022: Royal Challengers Bangalore organizes match simulation scenarios as a team bonding exercise ahead of the new season. Because there are new players entering our setup, what we are attempting to do is similar to a rehearsal. According to Head Coach Sanjay Bangar.

The Royal Challengers Bangalore recently practiced a variety of match scenarios. The squad practiced for the upcoming IPL 2022 by simulating three different scenarios. According to Head Coach Sanjay Bangar. The match simulation scenarios will aid in the formation of a stronger bond among the team members.

In the first scenario, which resemble the first ten overs of an innings, a target of 80-90 runs was set. The top-order batsmen, Faf du Plessis and Anuj Rawat, tasks with lowering the target. Siddharth Kaul and Karn Sharma, both experience IPL bowlers, were task with bowling the final portions of the 10-over simulation.

“What we’re attempting to do is similar to a rehearsal because new players are joining our setup. It also aids in getting to know one another. For example, in the first scenario, we have Faf and Anuj batting together. Despite the fact that they have never batted together before. This will be their first opportunity to understand each other’s body language, how they call, and which areas they want to improve in. “All of that communication is starting to kick in now,” Bangar said on RCB Social Media.

Du Plessis and Rawat cruised past the target, scoring 117 runs in 10 overs. The skipper remain unbeaten on 77, and Rawat was able to score 44 before being dismiss in the final over.

Also Visit: I knew the Rajasthan Royals would pick me in the IPL 2022 mega auction: Ravi Ashwin

Sherfane Rutherford: RCB organizes match simulation scenario, but I’m glad to get some runs on the board

In the second scenario, Sherfane Rutherford and Dinesh Karthik had to score 100 runs in eight overs ranging from 12 to 20. Despite Rutherford’s fifty, the duo could only chase down 80 runs as Kaul performed admirably with the ball and prevented them from reaching the target.

“It’s only a scenario, but getting runs on the board gives me some confidence.” I thought the guys bowled well, so kudos to them. I believe there is always room for improvement. “Well, I love hitting sixes, so it’s good when I can do it in a practice match and even transfer it to a game, so yeah, it’s good for me,” Rutherford said of the match simulation.

He praised his batting partner, Dinesh Karthik, saying, “He was just telling me to keep going, keep it simple.” I mean, he’s a very cool, laid-back person. I believe I was batting around him, and he was encouraging me, which is encouraging.”

The bottom-order was put to the test in the third and final match scenario, with Karn Sharma, Chama Milind, and Aneeshwar Gautam given the task of scoring 40 runs in overs 16-20.