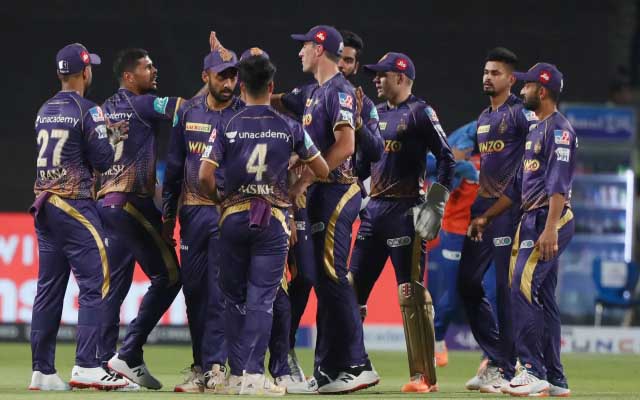 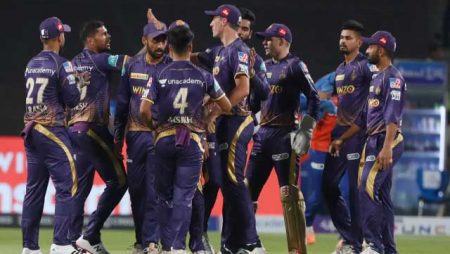 IPL 2022 Predicted XI for KKR vs. DC: Aaron Finch Could Replace Sam Billings. In Match 41 of the IPL 2022, the Kolkata Knight Riders take on the Delhi Capitals at Mumbai’s Wankhede Stadium.

On Thursday, the Kolkata Knight Riders (KKR) will face the Delhi Capitals (DC) in Match 41 of the Indian Premier League (IPL) 2022 at Mumbai’s Wankhede Stadium. Moreover, The Shreyas Iyer-led team is currently eighth in the IPL 2022 standings, with six points from eight games, three wins and five losses. KKR will be looking to get back on track after falling to a narrow defeat against Gujarat Titans (GT) in their last match, losing by eight runs. In the meantime, Delhi is seventh in the league standings with six points from seven games (three victories and four defeats). They are separated by a single Net Run-Rate. DC also lost their previous game, falling to Rajasthan Royals (RR) by 15 runs in Match 34.]

The following is Predicted XI for KKR vs. DC :

He did not play against the Gujarat Titans, as Sam Billings took his place as the opener. Billings, on the other hand, could only muster four runs off four balls and was bowled out by Mohammed Shami. The Australian opener will be hoping for another chance to shine after scoring a fine half-century the last time he played.

Sunil Narine was promoted to the top of the order in the previous two games, but it didn’t work out for KKR. Venkatesh Iyer is expected to be promoted back to his usual opener position, as the all-rounder has struggled lower down the order.

The KKR captain is the team’s leading scorer this season, with 248 runs in eight games, also including two fifties.

He was dismissed for two runs off seven balls against Gujarat. He’ll be hoping for a good run of form.

`He scored 35 runs off 28 balls against Gujarat, including four fours and a maximum, and is expected to be given a long run.

He has been a standout for KKR this season, taking six wickets in eight games while remaining extremely economical.

In four overs against Gujarat, the pacer took a wicket and allowed 36 runs.

This year, the pacer has been in good form, finishing sixth in the Purple Cap race with 11 wickets in eight games.

He was in fine form against Gujarat, taking three wickets in four overs.

He has been in poor form this season, with only four wickets to his name.

Above is the Predicted XI for KKR against DC