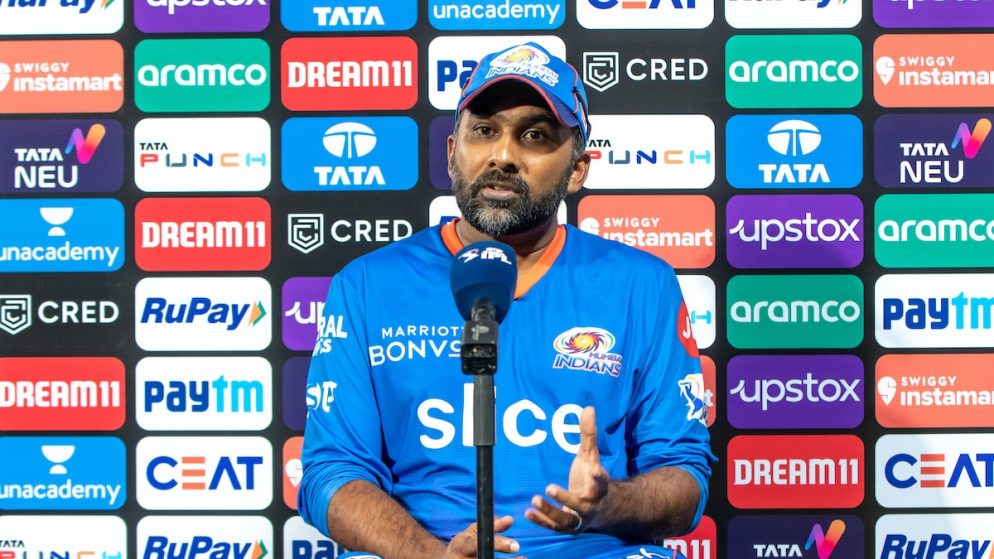 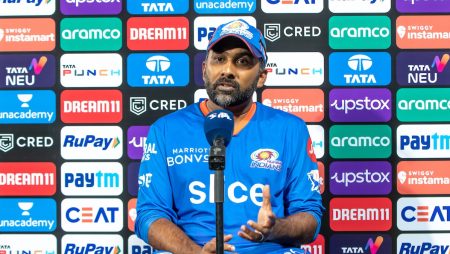 Mahela Jayawardena, the head coach of the Mumbai Indians, has spoken out about the no-ball controversy that occurred recently between the Delhi Capitals (DC) and the Rajasthan Royals in the ongoing Indian Premier League (IPL) 2022. After a similar issue caused Delhi Capitals skipper Rishabh Pant to interrupt a match against RR recently. Mahela spoke to the ICC and recommended changes to the laws regarding umpires checking no-balls. “I think it’s something we should look at going forward,” Jayawardena told Sanjana Ganesan on The ICC Review.

According to the rules, Clause 21.5 of the ICC Playing Conditions states. “The third umpire shall review television replays of the bowler’s front foot landing. If he/she is satisfied that any of these three conditions have not been met. He/she shall immediately advise the bowler’s end umpire, who shall immediately call and signal No ball.”

Mahela went on to say that the third umpire could look into the contentious aspects of a delivery and have it checked.

“Is it possible for the third umpire to look at these things and notify the main umpires. That it is a delivery that needs to be checked? Its disappointing to see that when a game stop and people came onto the field. But I honestly believe it was just emotions carrying over from the previous over. However, the rules state that you are not permit to go to the third umpire to check on those matters “He continued.

Jayawardena also stated that DC’s Pravin Amre barging onto the field was bad for the “spirit of the game” and was unappealing to watch.

“It is never an option for a player or a coach to come on to the field in the spirit of the game and to see things moving forward,” Jayawardena said.

In terms of how their team would have reacted in a similar situation, Mahela stated that the team in the dugout would have been disappointed, but coming onto the field would never have been an option.

“We saw it on TV… most of the guys were watching it together, and then we talked about it. We would have probably reacted similarly in the dugout, but going to the field is never an option “He continued.

Also Read: “I loved every part of it, the way he motivated me,” says Kuldeep Yadav on Ricky Ponting.