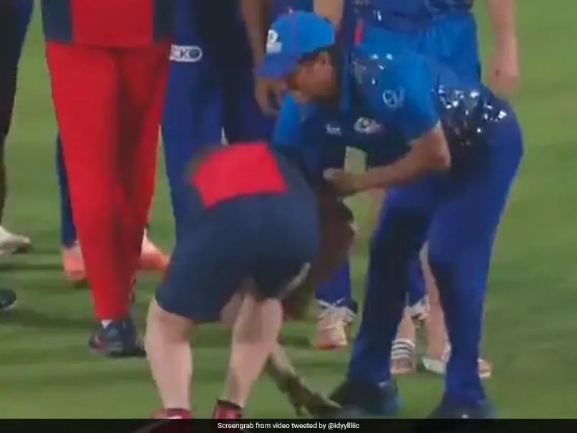 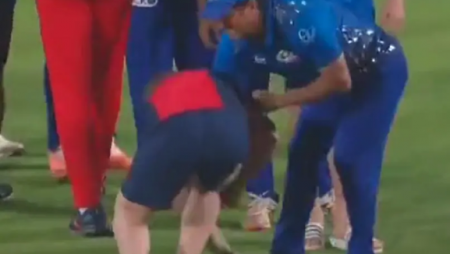 After the Punjab Kings (PBKS) vs. Mumbai Indians (MI) match on Wednesday, ex-South African cricketer Jonty Rhodes made an incredible gesture by bending down to touch Sachin Tendulkar’s feet. In a video that went viral, Rhodes could be seen kneeling down to touch Sachin’s feet, who then hugged the former South African player with a huge smile on his face. Rhodes is the current PBKS fielding coach, while Sachin is the MI franchise’s mentor.

The incident occurred after the game, when players and support staff were shaking hands.

MI’s match did not go as planned, as they suffered their fifth loss in as many games this season.

In response, MI tried their hardest to chase down the target but were limited to 186/9 in 20 overs, handing PBKS a 12-run victory.

Also Read: Dale Steyn jumping out of his seat after watching SRH Pacer’s yorker to Shreyas Iyer in IPL 2022.