IPL 2022: Ireland pacer Josh Little will join the CSK as a net bowler. 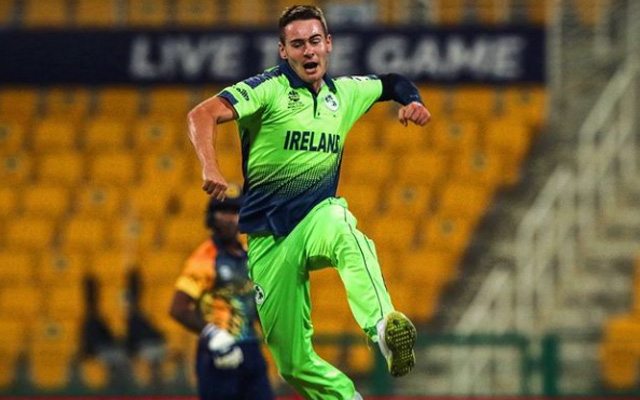 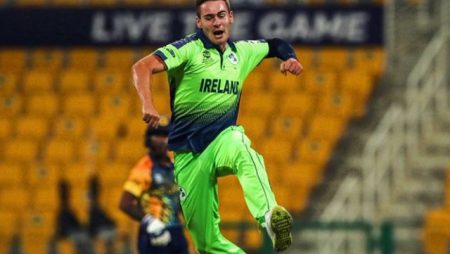 IPL 2022: Ireland pacer Josh Little will join the CSK as a net bowler. The IPL 2022 season begins on March 26, and CSK are the defending champions.

According to the latest news, CSK have signed Ireland pacer Josh Little as a net bowler for the 2022 edition of the IPL. Cricket Ireland took to their official Twitter page to announce the same, hoping that it would be a great experience for the left-arm pacer. Notably, the IPL 2022 season begins on March 26, and CSK are the defending champions.

Little, the 22-year-old, made his international debut in September 2016 and has been an important cog in the T20I team ever since. The fast bowler can swing the ball quickly and at a good pace. Little can also limit the run-flow in death overs, and he has demonstrated this ability at the highest level. With many prominent batters in the MS Dhoni-led side’s ranks, the Irish pacer’s stint with CSK would be an excellent learning experience.

In terms of statistics, Little has 34 wickets in 31 T20I appearances, with an economy rate of 7.49. With the T20 World Cup taking place later this year in Australia, Little’s lessons from his stint with CSK can be major boost for the Ireland team.

“Congratulations to Josh Little, who will embark on a development opportunity with the Chennai Super Kings in the early stages of the upcoming IPL.” “The experience as a net bowler for CSK should be fantastic,” Cricket Ireland wrote when the news broke.

Meanwhile, CSK will open the 15th season of the lucrative competition against last year’s finalists Kolkata Knight Riders. Notably, the team kept Ravindra Jadeja, MS Dhoni, Moeen Ali, and Ruturaj Gaikwad ahead of the mega auction. They attempted to keep their core in the bidding event by re-signing Deepak Chahar, Dwayne Bravo, and Ambati Rayudu. As a result, the defending champions must be optimistic about the upcoming season.

Also Read: “I let the team down” England all-rounder Ben Stokes after the Ashes series.