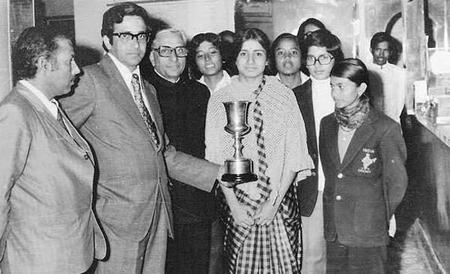 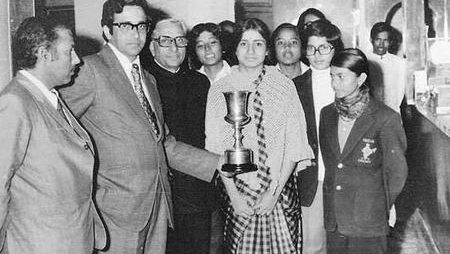 Mahendra Kumar Sharma, renowned as one of India’s pioneers of women’s cricket, died on Tuesday, November 8 in Pune. Sharma was reportedly in his early 80s. And had been suffering from health problems for some time. He will be note for taking the initiative to encourage women in the country to play professional cricket.

Women’s cricket is now receiving its due, but it was Mahendra Kumar Sharma who lay the groundwork by establishing the Women’s Cricket Association of India (WCAI). In Lucknow, the WCAI was legally register under the Societies Act.

“Mr Sharma set the foundation stone for women’s cricket in the country. His efforts in setting up the WCAI and getting recognition from the world body – International Women’s Cricket Council (IWCC) – as well as the Indian government was huge at the time,”

“He ensured players got the publicity they needed at the time. His passion and vision for women’s cricket at a time when there was no money was unmatched. It started with him organising the first-ever women’s nationals in India in 1973 as a three-team event. Then it grew to six, eight, and 14 teams. To start from there and then play a key role in bringing the World Cup was quite an achievement,”

During its history, the WCAI hosted two Women’s World Cups. Meanwhile, the 1997 edition of the women’s quadrennial tournament separated out from the others, with around 80,000 spectators in attendance for the final between archrivals Australia and England.

Aside from that, the Indian women’s cricket team played their first-ever Test match at Bangalore in 1976. Sharma was the WCAI’s founding secretary throughout its first five years of existence, and she was also in charge when India host the inaugural Women’s World Cup in 1978.

The cricketing organisation had little financial stability at the time and had to rely on contributions from people and the government.

Before the Board of Control for Cricket in India (BCCI) formally took over the administrative tasks of overseeing women’s cricket in India in 2006, the Women’s Cricket Association of India have been in operation for almost three decades.

Read also: The phrase “Broadcasters will be dying for it” – Wasim Jaffer on the potential of an India-Pakistan T20 World Cup final in 2022