India vs New Zealand 2021: Ajinkya Rahane, Ishant Sharma, Ravindra Jadeja have been ruled out due to injury 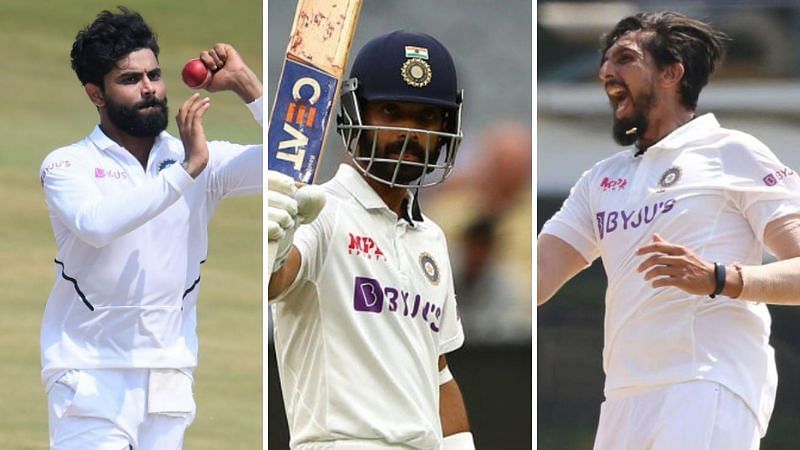 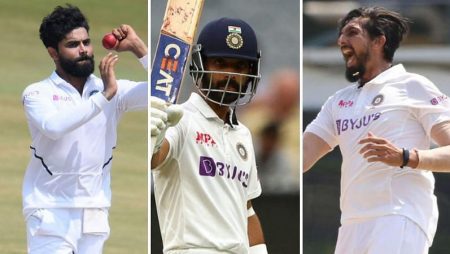 India vs New Zealand 2021: Ajinkya Rahane, Ishant Sharma, and Ravindra Jadeja have been ruled out. For the second Test against New Zealand. Also, according to an official statement by the BCCI. Rahane sustained a minor left hamstring strain on Kanpur Test.

“Ajinkya Rahane sustained a minor left hamstring strain while fielding on the final day of the 1st Test match in Kanpur. Since he has not recovered completely, he has been ruled out of the 2nd Test in Mumbai. His progress will be closely monitored by the BCCI Medical team,” The Board of Control for Cricket in India said.

India vs New Zealand 2021: For the Mumbai Test, Ajinkya Rahane’s place in the starting XI was questioned. He was ruled out when his lean patch continued in Kanpur. Mayank Agarwal is also likely to keep his place in the starting XI. Meanwhile, Ishant will miss the series finale as well. Sharma dislocated his left finger, according to the press release. During the 1st Test’s final day.

“Fast bowler Ishant Sharma dislocated his left little finger during the final day of the 1st Test match in Kanpur. He is thus ruled out of the second Test in Mumbai. The BCCI Medical Team will continue to monitor his progress,” the statement read.

Ishant Sharma returned wicketless in the first Test. It was increasingly likely that Mohammed Siraj would have replaced him. Irrespective of his availability. Ravindra Jadeja was ruled out because of a forearm issue. It’s the biggest setback for the home team. In the most recent Test, the Saurashtra all-rounder was outstanding. In the first innings, Jadeja hit a critical half-century before capturing four wickets in the final session of day five.

India vs New Zealand 2021: “All-rounder Ravindra Jadeja suffered a right forearm injury during the first Test match in Kanpur. After undergoing scans, he was diagnosed with a swelling on his forearm. He has been advised to rest and is thus ruled out of the second Test in Mumbai” the statement read.

2 Replies to “India vs New Zealand 2021: Ajinkya Rahane, Ishant Sharma, Ravindra Jadeja have been ruled out due to injury”