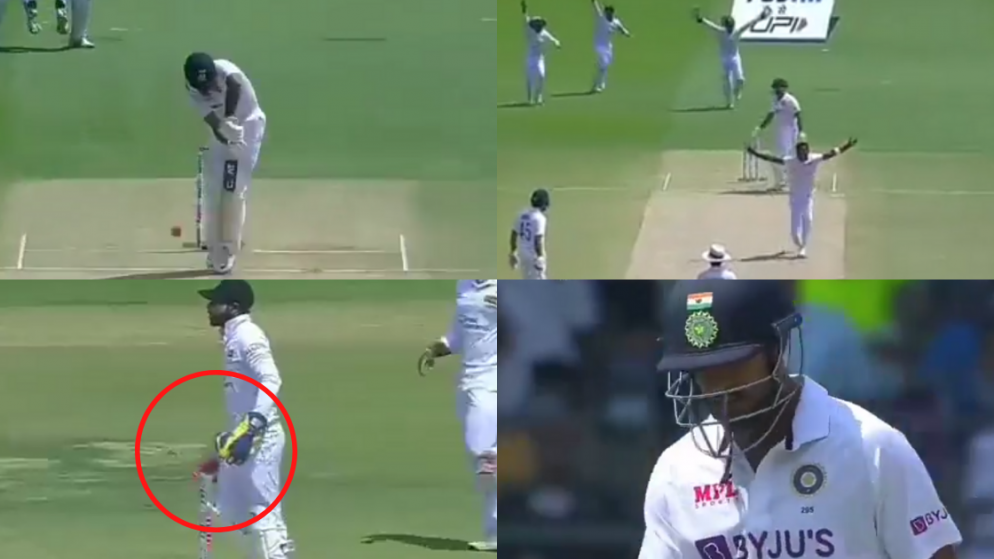 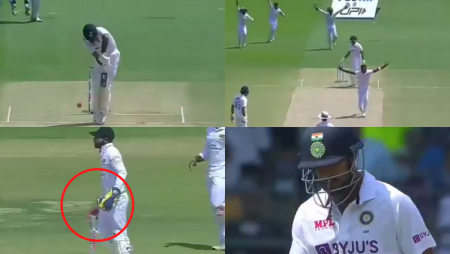 Mayank Agarwal’s homecoming did not go as planned. As a big mix-up with captain Rohit Sharma ended his first Test match innings for 4 at the M Chinnaswamy Stadium in Bengaluru. Confusion reigned supreme in the fourth ball of the second over of the second and final Test match against Sri Lanka.

Vishwa Fernando, the left-arm seamer, got the pink ball to nip back slightly. Mayank got himself into a tangle, and the ball appear to hit his pad first. The Sri Lankans made a strong appeal, but the umpire was not convince. While all of this was going on, Mayank tried to sneak in a single without realizing that Praveen Jayawickrama, who was moving in from point to covers, had almost collected the ball.

Mayank was sent back by Rohit at the other end, but the right-hander had charged too far down the wicket. Mayank had no chance of returning to the crease in time. So Jayawickrama simply lobbed it back towards Sri Lanka keeper Niroshan Dickwella.

Watch:  Mayank Agarwal’s innings against Sri Lanka end early after he is run out

However, the drama did not end there. Dickwella, for some strange reason, began to signal for the review before whipping the bails off. He removed the bails and made the ‘T’ signal again, but the third umpire ruled that Fernando had overstepped. There was no point in even considering the LBW appeal because it was a no ball. But the run out stood and Mayank took the long walk back to the pavilion after scoring only four runs.

Earlier, Rohit won the toss and chose to bat first in India’s third pink ball day-night Test. The hosts made one change, replacing Jayant Thakur in the starting XI with a fit-again Axar Patel.

Sri Lanka, on the other hand, was forced to make two changes, with Kusal Mendis and Praveen Jayawickrama replacing Pathum Nissanka and Lahiru Kumara, who were ruled out due to injuries.

India won the first Test by an innings and 222 runs.

Also Read: The Delhi Capitals have unveiled New Jersey ahead of the IPL 2022 season.