‘I just can’t bat with you because you run too fast,’ Glenn Maxwell on Virat Kohli’s run-out against CSK. 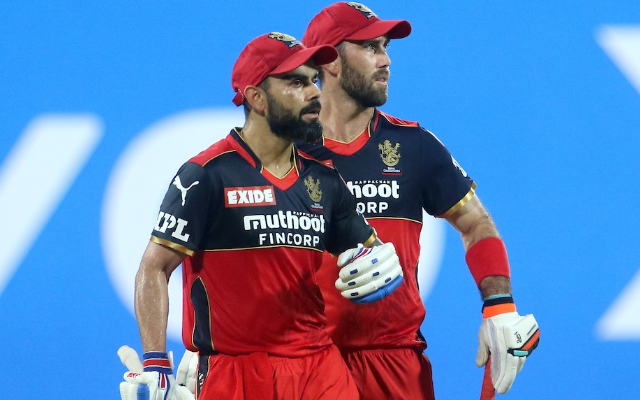 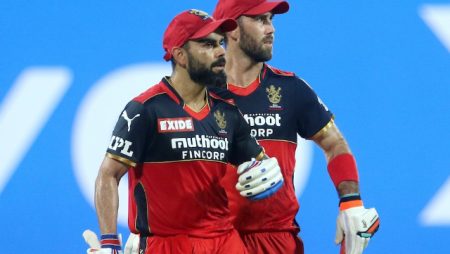 ‘I just can’t bat with you because you run too fast,’ Glenn Maxwell on Virat Kohli’s run-out against CSK. Glenn Maxwell and Virat Kohli were caught on camera together and engage in friendly banter.

Royal Challengers Bangalore ended a three-match losing streak on Wednesday (May 4) by defeating defending champions Chennai Super Kings by a score of 13 runs. The players were pleased with the result, as the atmosphere in the locker room was electrifying following the game. Several players seen giving their thoughts on the ‘crucial’ win in a video shared by RCB’s official YouTube page.

Glenn Maxwell and Virat Kohli were caught on camera together and engage in friendly banter. Maxwell teased the former RCB skipper over his run-out from the game, jokingly saying he won’t bat with the right-handed batter anymore. For the uninitiated, the Aussie dasher returned for a run-a-ball three after failing to complete a quick run in response to Kohli’s call.

Also Visit: Tilak Varma says that receiving a cap from “Rohit Bhai” gave him the confidence to succeed.

Glenn Maxwell to Virat Kohli: “You get ones and twos, I don’t.”

“I just can’t keep up with you.” You run too fast, you run too fast. “You get ones and twos, I don’t,” Maxwell said in the RCB video. Notably, it was Kohli who initiate the banter, referring to the Australian all-rounder as the “greatest injure player in the history of the game.” Despite having a niggle, the former Indian captain apparently praise Maxwell for bowling a match-winning spell.

Maxwell dismiss dangerous batters Robin Uthappa and Ambati Rayudu while conceding only 22 runs in his four overs. “That was a big win for us” (in the context of IPL 2022 playoff race). The most injured player in the game’s history (laughs). “We got 2/22 off four overs,” Kohli said.

Meanwhile, RCB Director of Cricket Mike Hesson lauded Maxwell for taking two big wickets and putting CSK on the back foot. “He exceptional, obviously, but he got a niggle.” But we knew how important he was not only to the left-handers, but also to the right-handers getting hit to the big side. He has good length control, which is important,” Hesson said.

Also Read: Virat Kohli Explains Why He Refused Offers From Other IPL Franchises