“He’s as frustrated as anyone.” Says Mike Hesson of Virat Kohli form following the RCB vs PBKS IPL 2022 match. 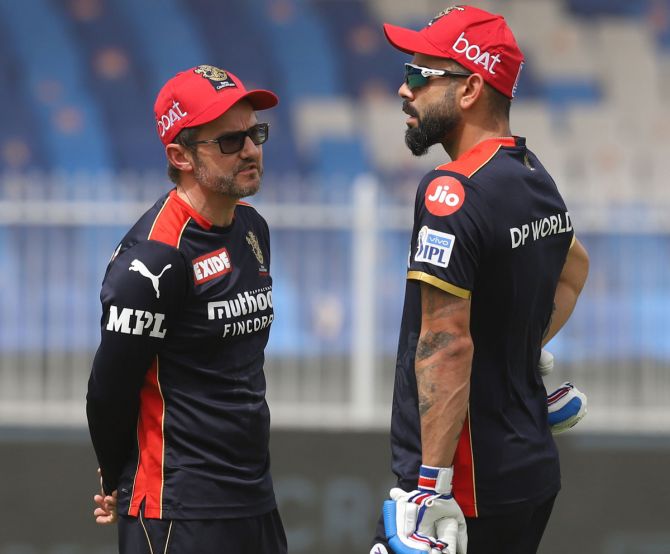 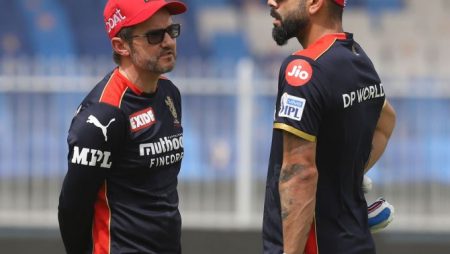 “He’s as frustrated as anyone.” Says Mike Hesson of Virat Kohli form following the RCB vs PBKS IPL 2022 match. Virat Kohli was dismissed in the game against Punjab Kings after scoring 20 runs off 14 balls.

With a mammoth target of 210 against Punjab Kings, all eyes were on Virat Kohli to finally make his mark, but the Royal Challengers Bangalore batter was dismissed after scoring 20, and the side eventually lost by 54 runs. Kohli had played his trademark cover drive off the bowling of Arshdeep Singh in the second over of the chase, and it appeared that the batter was in the groove. He was bowled out in the fourth over by Kagiso Rabada. Kohli was seen looking up at the sky after being fired and saying something.

Following the game, RCB’s Director of Cricket, Mike Hesson of Kohli form, stated that Kohli, like everyone else, is frustrated but is working hard in the nets.

“We are constantly communicating with all of our players. I thought Virat looked in good form today; he was aggressive and did everything right in terms of preparation. I thought today was going to be his day, but it hit the other side of his thigh pad yet again. He hasn’t had good luck, especially when he’s got himself set up; he’s as frustrated as anyone, thinking today would be his day “Hesson stated this during a virtual press conference.

During the game against the Punjab Kings, Kohli became the first player in tournament history to score 6,500 runs. This season, the former RCB captain has 236 runs at an average of 19.67 in 13 games.

PBKS batted first in the game against RCB and scored 209/9 in 20 overs. Liam Livingstone and Jonny Bairstow scored 70 and 66 respectively. Harshal Patel took four wickets for the RCB.