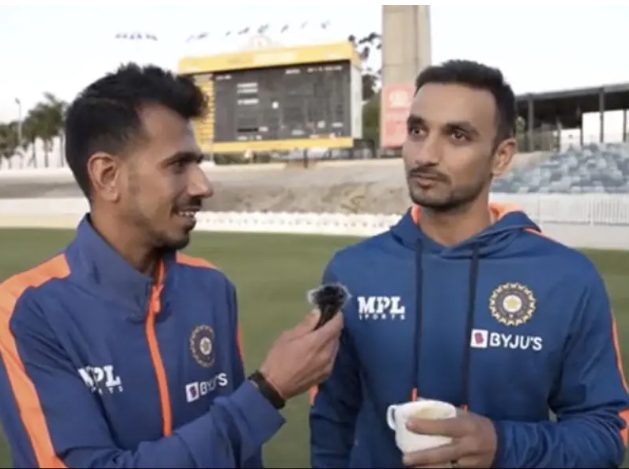 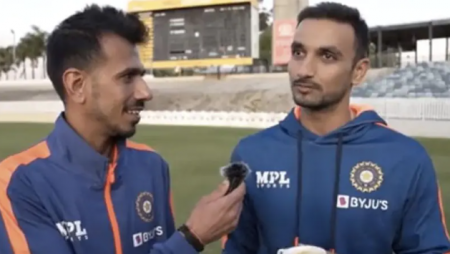 Harshal gets teased by the spinner on “Chahal TV Hindi Mein Hai” for speaking in English. Yuzvendra Chahal taunts Harshal Patel in a humorous video. That BCCI posted when the player tries to respond to one of his inquiries in English.

Team India is presently preparing for the next T20 World Cup, which will begin on October 16 in Australia. On October 23, India will play their much anticipated match. That against archrival Pakistan to open their campaign in the main event. For the T20 spectacular, the Indian team has already arrived in Australia and began practicing on Friday. On Saturday, the BCCI posted a video of an exchange involving Arshdeep Singh, Deepak Hooda, Harshal Patel, and Yuzvendra Chahal. After the player tries to respond to one of Chahal’s queries in English. He taunts Harshal Patel in the humorous video.

When Chahal inquired how it felt to wear the India blazer ahead of the team’s departure from Mumbai, Harshal began his response in English.

India had previously confirmed a 15-man roster with four reserves, however the team traveled to Australia with only 14 players. This is owing to the fact that Jasprit Bumrah, who had previously made the team, was later ruled out of the event due to a back ailment.

Bumrah had recently returned from injury, but he could only play two matches against Australia before being forced to sit out again. India is yet to name its substitute for the huge event.