Hardik Pandya becomes the first Indian to be struck out in the history of the T20 World Cup. 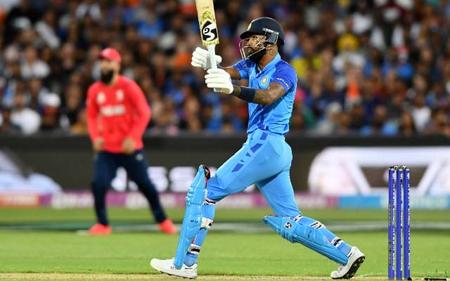 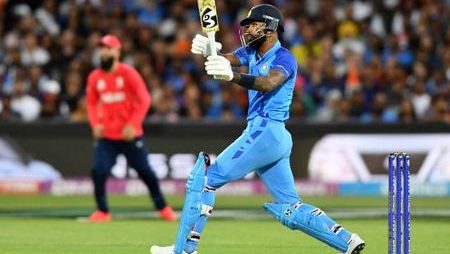 Hardik Pandya becomes the first Indian to be struck out in the history of the T20 World Cup. Pandya became the third player in T20 World Cup history to be remove in this way altogether.

The ICC T20 World Cup 2022 in Adelaide’s second semifinal saw England handily defeat India by 10 wickets. In their allotted 20 over after the English captain made the decision to bat first. The Indian team scored 168 runs.

India was assign to bat and Virat Kohli and Hardik Pandya both hit fifty runs. To help India to a respectable total. Two early wickets were lost by the side. But after that, the two middle-order batters turn the tide in their favor.

Pandya established a significant partnership with Kohli before picking up the pace in the last few overs. The story take a turn when Pandya, who was far behind in the crease, smash his wicket and was subsequently run out by a hit wicket. On the final delivery of the Indians’ inning, Chris Jordan threw a short ball, which the hitter flipped for four on the leg side.

He was the first Indian to ever be dismiss in a World Cup match due to a struck wicket. Pandya is the third person to have been expell in this fashion altogether, joining David Obuya of Kenya (2007) and Nasum Ahmed of Bangladesh (2021) who were expell in a similar manner earlier.

“I think the character we have shown since then (England’s loss against Ireland) – it has been amazing. We came here very excited, there was a very good feeling. Everyone from 1 to 11 – stood up today. We always want to start fast and aggressive. Rashid was batting at 11, that’s incredible to know that we have such depth. Hales used the dimensions well and he has shown his form. He was brilliant today,”

“It’s important to enjoy this, it was a brilliant performance from us. I think we need to give special credit to Jordan, to bowl 3 overs at the death coming into the semi-final, it was a tough job. He handled the pressure towards the end pretty well, especially bowling against a world class player like Hardik Pandya,”

The summit game between England and Pakistan is now schedule to take place on Sunday, November 13 at the storied Melbourne Cricket Ground (MCG).

Read also: Nobody wants to criticize them because you’ll get pounded on social media, and commentators in India are worried about losing their jobs: Vaughan, Michael