Gujarat Titans, led by Hardik Pandya, storm into the playoffs. 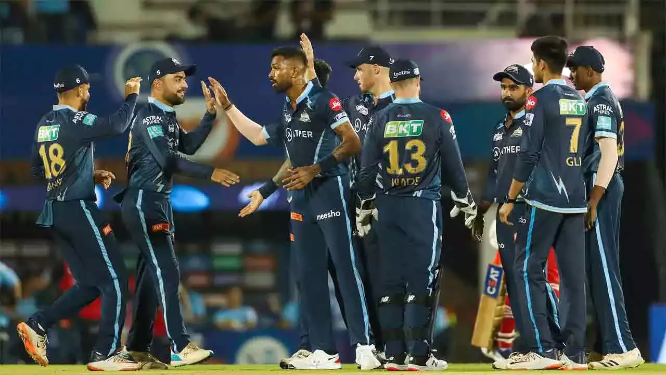 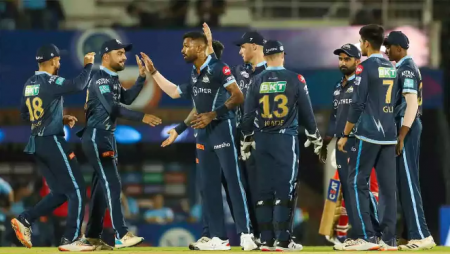 Hardik Pandya is a content man. Despite having no prior captaincy experience, He named Gujarat Titans captain at the start of the Indian Premier League (IPL) 2022. And his team is the first to qualify for the IPL 2022 playoffs. They qualified for the top four with two matches to spare. They provided nine wins and 18 points in 12 games. The victory over LSG was even sweeter after GT struggled in their previous two games against Punjab Kings and Mumbai Indians.

Pandya revealed the message that was sent across to the Gujarat Titans side during the match against LSG, which they won by a massive 62-run margin.

“I am extremely proud of the boys. We obviously believed in ourselves when we started this journey together, but to have qualified before the 14th game is a great effort, and we are very proud of ourselves. Last game, I told the boys (after the loss to MI) that we thought the game was already over before it started “Hardik Pandya state following the game.

He also mentioned how GT made a comeback despite losing their previous two games. “When you lose a game as a group, like we did the other night, what matters is that you believe ‘we have won games as a team and we lose games as a team.’ We did not do what we were suppose to do, and we know we made a mistake, but we will make a mistake as a team. If we win, we’ll say, ‘We won,’ rather than, ‘This guy, that guy.’ We kept laughing as well. It is critical to maintain the vibe at all times.” he said

“Sai, I rate him highly as a left-arm spinner. He’s a very skilled bowler. He gets a little extra from the wicket because of his height and pace. We were unable to force him to play due to the fast bowling attack. But, looking at the pitch, we decided that adding a spinner to the right-handers would make a big difference “He stated.

Despite GT’s low total of 144/4, Pandya was always confident of victory. “With 145, I felt we were in the game because of the way everyone batted, especially Shubman.” Their bowling, I believe, was a little too short. “A little more length was working.” That was also the topic of discussion in the group. They can only score runs on cover drives, if you bowl really full, or if you give width. “The bowlers did everything that was expected of them, and we checked all the boxes,” he said.