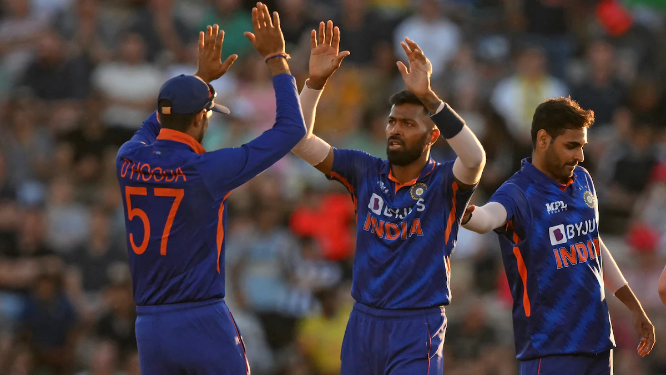 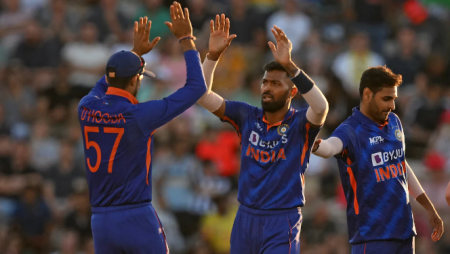 The Indian cricket team won the T20I series against England 2-1 thanks to some outstanding performances with the bat and ball. Bhuvneshwar Kumar and Suryakumar Yadav were standout performers. The Rohit Sharma-led team also continued its experimentation ahead of the T20 World Cup in 2022. Using Rishabh Pant as the opener or making three to four changes to the XI were both part of the exercise. The team is still looking for the right combination for the T20 World Cup, as it seeks to end its ICC trophy drought that began in 2013.

However, too much experimentation has left Rashid Latif, a former Pakistan captain, unimpressed.

“You’re playing Rishabh Pant in the top order, but he’s a dangerous player lower down. The Powerplay is open to anyone. Nine of the top ten batters are starters. Neeche se match hota hai (Game happens in lower middle order). Shreyas Iyer scoring 28 runs in the lower order is far superior to going to the top and scoring 30 runs “Latif stated this during a discussion on the YouTube channel Caught Behind.

“I thought India’s tactical shifts were excessive. With the way they were playing, they should have won 3-0. When you get that kind of grip on a series, you should never let it go. That is something available in Australia.”

In response to a different question about India’s constant changes in the playing XI lineup, Latif stated: “Yeh, apni team kharab kar rahe hai. It does not happen when you put a player ahead of Rohit Sharma or KL Rahul. A team is formed around Rohit Sharma and Virat Kohli. Sometimes a player is out of sync. When these players are not performing well, you delegate responsibility to others. Nobody is taking responsibility anymore. If the team loses, Kohli or Rohit will bear the blame.”

India will then play a three-match One-Day International (ODI) series against England, followed by ODI and T20I series in the West Indies.

Also Read: Former England captain chastises Nick Kyrgios for his rant to the umpire during the Wimbledon final.