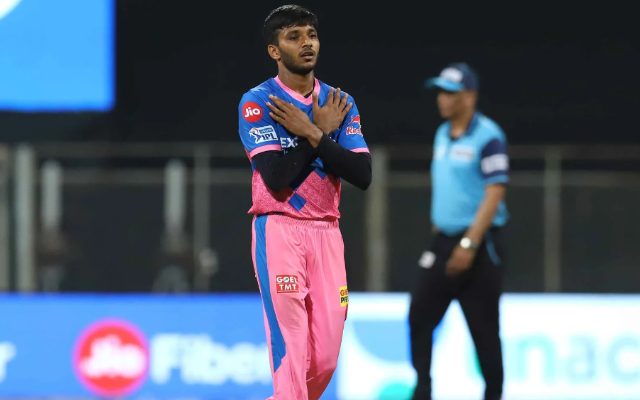 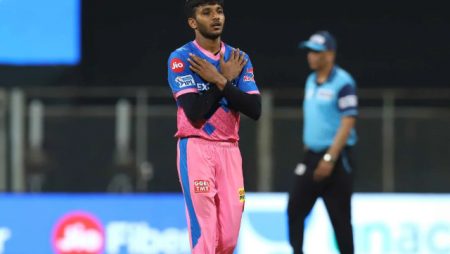 Chetan Sakariya bowled a lethal spell against the Kolkata Knight Riders in his first game of the season, returning with figures of 1/17 in three overs. The left-arm pacer was spot-on in the powerplay overs, as KKR were put on the back foot from the start. Along with limiting the scoring rate, Sakariya drew the first blood of the KKR innings, dismissing dashing opener Aaron Finch for three runs.

After dismissing Finch, the Delhi Capitals debutant came up with a special celebration that became a talking point among fans. Sakariya first performed the ‘Black Panther celebration,’ which he repeated several times in IPL 2021. The 24-year-old then performed ‘Dragon Ball Z’ celebrations, imitating the anime’s main character Goku.

Sakariya’s special celebrations quickly became a talking point, as the video quickly went viral. Meanwhile, his efforts were rewarded as the Rishabh Pant-led side claimed a much-needed four-wicket victory. DC crossed the line with an over to spare after restricting KKR to 146/9 in their allotted 20 overs.

Meanwhile, despite his outstanding performance, Sakariya is unlikely to be given a long run this season, and Khaleel Ahmed will take his place in the starting XI once the latter is fit and available. “We haven’t considered (this as the best XI) completely. “Khaleel was injured, so we had to make a change, but once he’s back, we’ll have our best XI,” Pant said after the game.

Aside from Sakariya, Kuldeep Yadav bowled a brilliant spell, tearing through KKR’s batting order and taking his second four-wicket haul of the season. His outstanding performance also earned him the Player-of-the-Match award. Meanwhile, DC has moved up to sixth place in the standings after four wins in eight games. As the IPL 2022 season nears its conclusion, the stakes in the remaining games are extremely high. To guarantee a spot in the playoffs, the Capitals must win at least four of their remaining six games.