Fans are questioning the decision to send Axar Patel ahead of Dinesh Karthik in the second T20I. 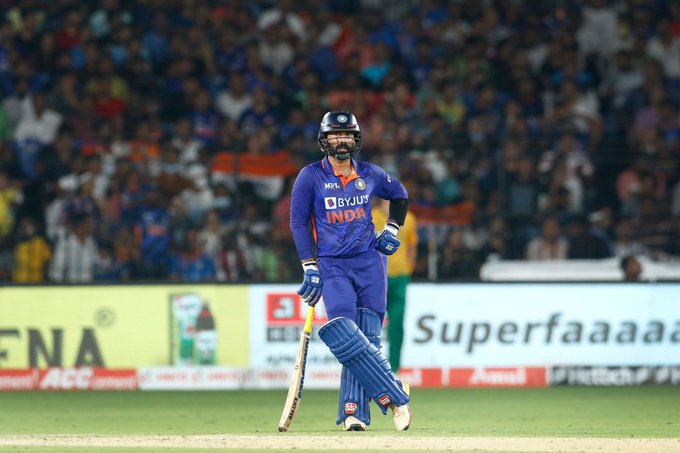 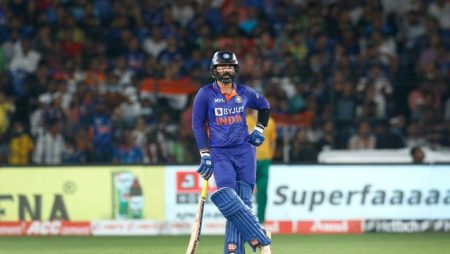 On Sunday night, India suffered its second consecutive loss in the ongoing five-match Twenty20 International series against South Africa at home. India were well beaten in the second T20I after failing to defend over 200 runs in the first match. As South Africa easily chased down the 149-run target with four wickets in hand and 10 balls to spare. Other than Ishan Kishan, Shreyas Iyer, and Dinesh Kathik, no other Indian batters contributed significantly with the bat. Karthik bowled an unbeaten unbeaten knock down the order to help India put up a fight. But the decision to send him in after Axar Patel irritated many fans on Twitter.

Axar Patel struggled with the bat, scoring only 10 runs off 11 balls.

Fans reacted angrily to the decision to send Axar Patel ahead of Dinesh Karthik on Twitter.

Axar Patel walks into bar before Dinesh Karthik in batting line up? Just because you are classified as a finisher doesn’t mean you have to come in with only a certain balls or overs to go.#INDvSA #Cricket #CrickeDigest pic.twitter.com/JqHGazAm3b— The Cricket Digest (@thecricketdig)

Dinesh Karthik to Pant and Dravid after Axar Patel was send ahead of him #TeamIndia #INDvsSA pic.twitter.com/y6kKvc2Waq— Vishal Deshmukh (@kaafiAverage) June 12, 2022

Shreyas Iyer, who led India to victory with a 40-run knock off 35 balls, defended the decision to promote Axar Patel.

“As you can see, it is something we discuss earlier. We had seven overs left, Axar Patel is someone who can take singles and keep rotating the strike. We didn’t need someone to come in and start hitting from ball one right away. ” Iyer stated this during the post-match press conference.

“DK can obviously do that, but DK has been a real asset for us. After 15 overs where he can come in and immediately slog the ball. Even he was having trouble getting start today. The wicket played a significant role in today’s game, and I believe that strategy will be used in the next game as well, as that is what we have been thriving on. We’ve done this move plenty of times in previous games, so it’s one of those days “The Indian batter was added.

After losing the first two games of the series, India faces a must-win situation in Tuesday’s third T20I at the Dr. Y.S. Rajasekhara Reddy ACA-VDCA Cricket Stadium in Visakhapatnam.