Dushmantha Chameera of Sri Lanka has been ruled out due to injury. 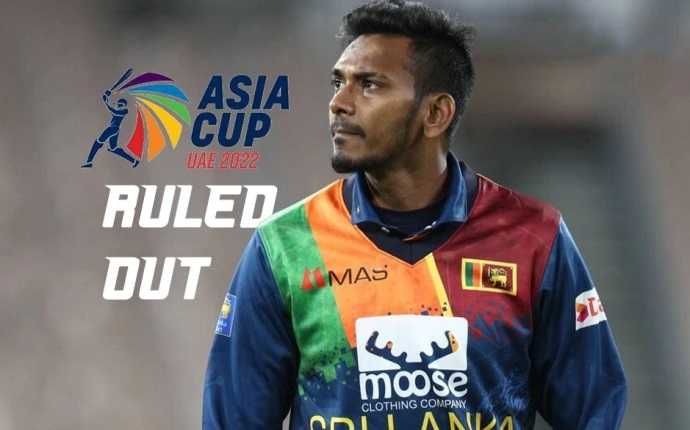 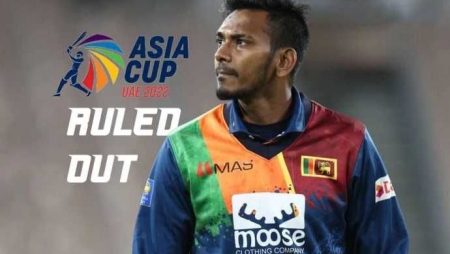 Dushmantha Chameera of Sri Lanka has been ruled out due to injury. Anton Roux, the fielding coach for the Sri Lankan team, posted on his official Instagram account.

Sri Lanka has suffered a major setback with the Asia Cup less than a week away. As fast bowling spearhead Dushmantha Chameera has been ruled out of the highly anticipated tournament, which begins on August 27.

Chameera of Sri Lanka is set to miss the upcoming Asia Cup. Just one day after Pakistan’s fast bowling sensation Shaheen Afridi ruled out of the competition. Due to a knee injury sustained during the Test series against Sri Lanka.

The Sri Lankan team’s fielding coach, Anton Roux, acknowledged the Sri Lankan pacer’s humility and kindness in a post on his official Instagram account, as well as disclosing his omission from the tournament due to injury. He wished Chameera well in his recovery from the injury, describing it as a lonely period in a professional athlete’s career.

Dushmantha Chameera of Sri Lanka ruled out due to injury.

“One of the nicest people I’ve met, and also extremely professional in his approach to his game,” he wrote in his post. I’m so sorry for his injury, which will keep him out of the Asia Cup, but I’m confident Dushy will be back stronger for the World Cup in Australia in October. Injuries are a part of professional sports, and the road to recovery can be lonely at times. That is why it is critical to provide as much assistance to injured players as possible during this period. Dushy, I’ll see you soon.”

The Islanders are one of the tournament’s dark horses, as they have some world-class players on their roster, but have struggled in recent years due to inconsistency. Dasun Shanaka, their limited-overs captain, led the team to a historic win in the ODI series against Australia and will be hoping for similar performances from his team as they seek a sixth Asia Cup title.

They are the tournament’s second-most successful team, trailing only the defending champions India. Shanaka’s men will begin their campaign against Afghanistan in the tournament’s opening match at the Dubai International Stadium.

Also Read: ‘Will Playin All Three Formats’: Saba Karim Names Player Who Could Be India Next Captain