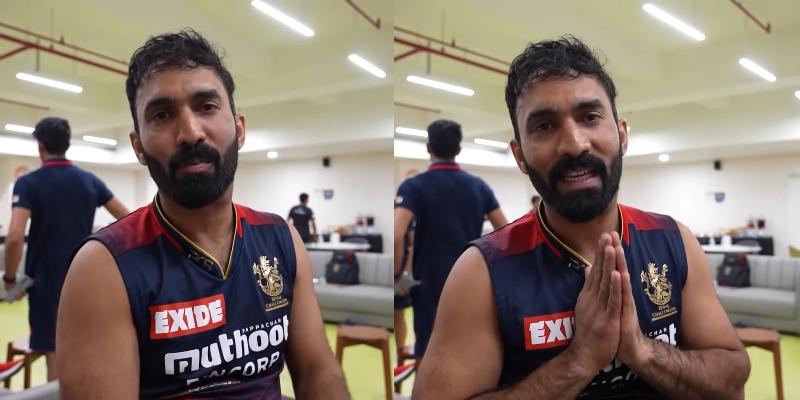 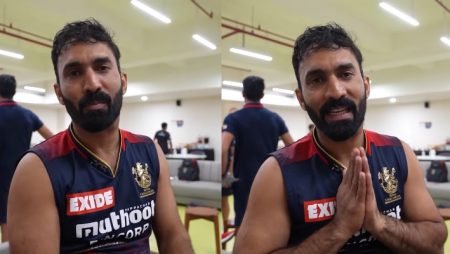 Dinesh Karthik’s Special Message To RCB Fans Following Team’s Exit From IPL 2022. Dinesh Karthik has represented numerous teams in the Indian Premier League, having been part of the tournament since its inception.

Karthik has been a journeyman in the Indian Premier League, having played for a number of different teams. Dinesh Karthik was purchase by Royal Challengers Bangalore in the IPL mega auction ahead of IPL 2022 for Rs 5.50 crore. In the auction, RCB defeated fierce competition from Chennai Super Kings to secure their man. Karthik then repaid RCB’s faith in him with some outstanding performances for the team in IPL 2022. Playing a critical role in their qualification for the IPL 2022 playoffs. However, RCB’s chances of winning their first IPL title were dash on Friday when they were defeat by Rajasthan Royals in Qualifier 2.

Dinesh Karthik opened up about his experience representing RCB in the IPL after the heartbreaking loss.

The RCB fans, is the best he has ever seen in the IPL.

Karthik has played for the Delhi Daredevils, Kings XI Punjab. Mumbai Indians, RCB (before the 2022 season), Gujarat Lions, and Kolkata Knight Riders throughout his IPL career.

“I’ve been on many teams, but this is the best fanbase I’ve ever been a part of because the cheers I’ve gotten in the stands are unlike anything else. I am extremely grateful; without fans like you, people my age would not be pushing themselves to achieve. What I am attempting to achieve “Karthik stated this in a video posted by RCB’s official YouTube account.

“Thank you so much; you guys mean a lot to me because it’s one thing to play in the IPL, but it’s another to be able to put a smile on people’s faces; that’s why you play sports in the first place. I am overjoy and grateful to have discover this franchise and this fanbase, who have literally welcomed me with open arms.”

“I am bless in many ways to have accomplish what we did as a team, but most importantly, I am bless by the fans who have come to my social media feed, Instagram, Facebook, Twitter, all of these places, and the way they talk about me, which I do read a little bit here and there. The engagement they provide, so much positivity, is where I feel I let you all down a little bit this season, but we will try even harder next season “He continued.

He was the team’s fourth-highest run-scorer this season, frequently coming to bat in the final overs.

Despite having few chances to play a big knock, Karthik managed to score 330 runs in 16 matches at an exceptional average of 55 and strike rate of 183.33.

In fact, Karthik’s strike rate was the highest of any player with more than 200 runs this season.