Dinesh Karthik tells Virat Kohli that he “desperately wants to be part of the World Cup.” 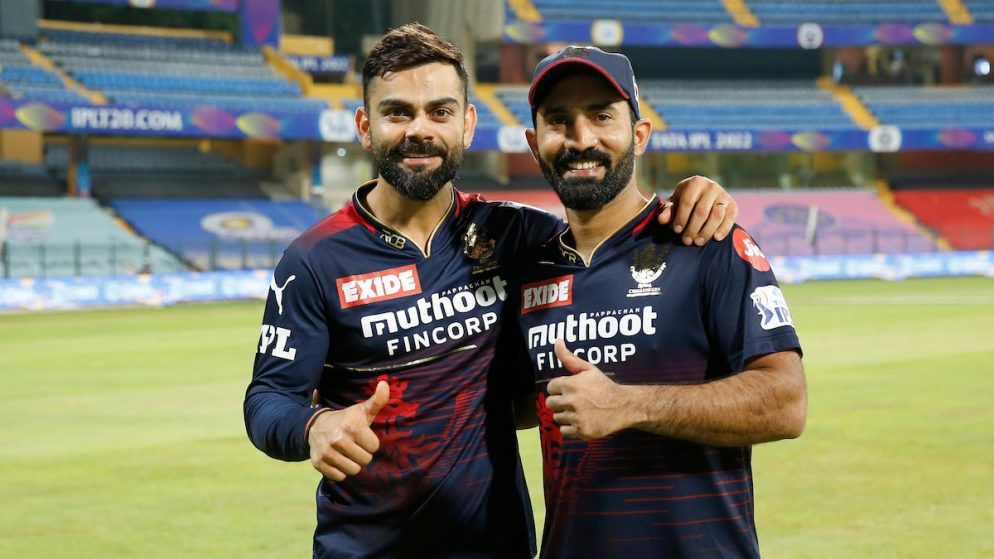 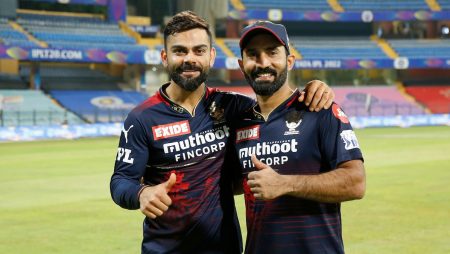 Dinesh Karthik tells Virat Kohli that he “desperately wants to be part of the World Cup.” RCB wicketkeeper-batter Dinesh Karthik has stated his desire to be a member of India’s squad for the T20 World Cup in 2022.

Dinesh Karthik is having the time of his life in the ongoing IPL 2022 season, amassing 197 runs in six games for the Royal Challengers Bangalore and consistently playing the finisher’s role. With the way Dinesh Karthik has been playing, the calls for him to be include in India’s T20 World Cup squad are increasing by the minute, and the wicketkeeper has even told Virat Kohli that he desperately wants to be a part of the World Cup squad and help the Rohit Sharma-led side win a multi-nation tournament.

“I believe there is a short-term goal as well as a longer-term vision.” The short-term goal is obviously to do extremely well for RCB, which is a credit to the RCB backroom staff. Sanjay Bangar Bhai called me the day I was selected for RCB and told me, “DK, you’ll be playing the finisher role.” We’ve lost AB, and we won’t be able to replace him with anyone half as good. So, because he is that good, we will have 2-3 guys who can fill that role. So I took it upon myself that this is what I needed to do. “I’d been practicing for a long time, and that was the short-term goal,” Karthik said in a video posted on the IPL’s official website.

“The big goal is to play for the country. I know there is a World Cup coming up, and I desperately want to be a part of it, and I want to help India cross the finish line “he stated.

“It has been a long time since India has won a multi-nation tournament, and I want to be the person who helps them do so. For that, you must do things differently, be aware of many things, and strive to be that player who people notice and say, “Hey, he’s doing something special.” Every day, I practice with that intention in mind. As you get older, you need to be very fit “he added.

RCB were up against it in the match against Delhi Capitals, but Dinesh Karthik went on to play a knock of 66* off 34 balls, which helped RCB post 189/5 in 20 overs.

RCB then went on to win the game by 16 runs, moving them up to third place in the points table.

With the ball in hand, Josh Hazlewood returned with three wickets, and RCB won by 16 runs in the end.