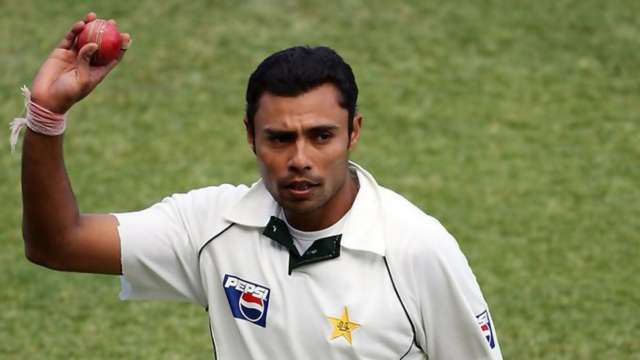 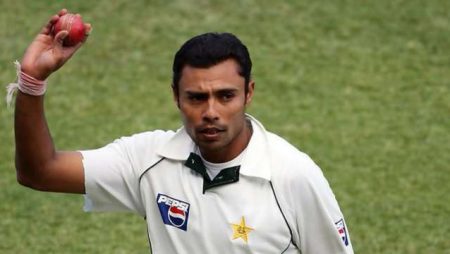 Danish Kaneria criticizes the PCB chief for defending the Rawalpindi pitch. The strip used for the first Test of the series drew criticism because it provided no protection for the bowlers.

Danish Kaneria, a former Pakistan spinner, slammed Pakistan Cricket Board (PCB) chief Ramiz Raja’s ‘lame’ excuse for the pitch used for the first Test between Pakistan and Australia. The match, which played at the Pindi stadium, end in a dull draw with a total of 1187 runs scored and only 14 wickets falling over the course of five days. The game’s strip drew a lot of criticism from cricket experts because it didn’t have anything for the bowlers.

With the Rawalpindi pitch becoming a source of contention. The PCB chief issued a statement stating that, while the pitch was not a good advertisement for Test cricket. The home side did not want to create a strip that threw the contest in the lap of the visitors. However, Kaneria is not please with the statement and lash out at the PCB chairman.

Kaneria didn’t mince words when he said that even the PCB boss would have scored runs on that surface. The former spinner did not spare Pakistani captain Babar Azam, labeling him ‘weak.’

Danish Kaneria criticize PCB: Ramiz Raja has lied and has betrayed the fans

On his YouTube channel, the former spinner called Ramiz’s statement a “lame excuse.” “What Ramiz Raja said today was nothing more than a lame excuse, and it misled Pakistani fans.” He lied to the fans and betrayed them. It’s fine, he was preoccupied with his son’s wedding. He went to the wedding and then noticed that there was a lot of noise around the dead wicket. The Test drew a lot of attention because Australia was finally touring Pakistan after all these years, but what wicket did they produce for that?” Kaneria explained.

“What were you scared of?” You had bowlers but didn’t use them. You have a weak captain who is incapable of being aggressive while leading the team. “It was such a good wicket that even Ramiz Raja, at his age, would have scored runs on it,” he added.

According to reports, the ICC match referee for the game, Ranjan Madugalle, may report the Rawalpindi wicket to the top body for failing to meet Test cricket standards. Meanwhile, the hosts will face Australia in the second match of the series, which will begin on March 12 at National Stadium in Karachi.