Cricket News: Michael Clarke says “With so much seniority in the team” 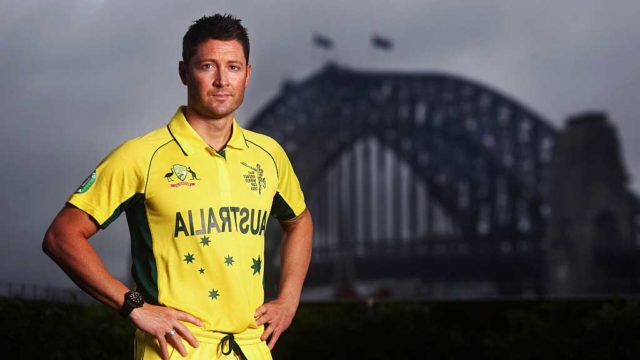 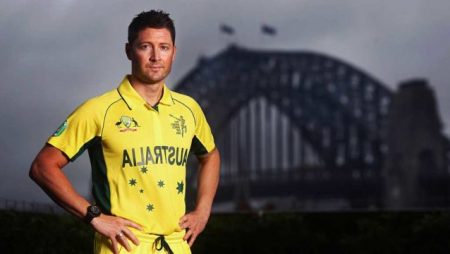 Cricket News: Michael Clarke feels Pat Cummins should take over the captaincy of the Test team. Despite his inexperience with respect to leadership. Cummins is a prime candidate to lead Australia in the Ashes. After Tim Paine decided to step down from the post. It should be Cummins being elected captain. He will only be the third player after Clarke and Greg Chappell to lead Australia. And without doing so in the Sheffield Shield. However, Clarke noted that with seniority in the team at the moment. Also, this marks the perfect time to pass the leadership baton over to Cummins.

Cricket News, “But with so much seniority in the team, I think it is the right time for him. Because they can help him. Steve Smith, David Warner, Nathan Lyon, Mitchell Starc, Josh Hazlewood. These guys have played a truckload of Test cricket. They can be there to help him, with or without the C or VC next to his name,” Michael Clarke said.

Travis Head, a teammate of Pat Cummins, also supported him up. In addition, he aspires to be the team’s future Test captain. Cricket Australia had previously declared that the accelerated procedure had started. They haven’t come to a decision on who will be the next Test captain.

Furthermore, Clarke is a huge advocate for Cummins. He had touted him as a future leader of the team back in 2018. Clarke noted that the way Cummins talks to his fellow players. And then sets the field is the mark of a captain.

“You have to allow him time to get into this job. Because he hasn’t had 10 years of captain first-grade or state cricket. But sometimes you can see certain things in people, and I think he’s got it. He reads the game. He’s a cricket captain. Looking at on-the-field tactics. The way he talks to his players. The way he sets the field when he bowls,” Michael Clarke said.

Read more: Gautam Gambhir says “It is important that we keep our expectations reasonable”

Visit also: Salman Butt reckons Umran Malik could find himself playing for India soon if he maintains his pace and consistency

2 Replies to “Cricket News: Michael Clarke says “With so much seniority in the team””