Bhuvneshwar Kumar has the most powerplay wickets in T20I history. 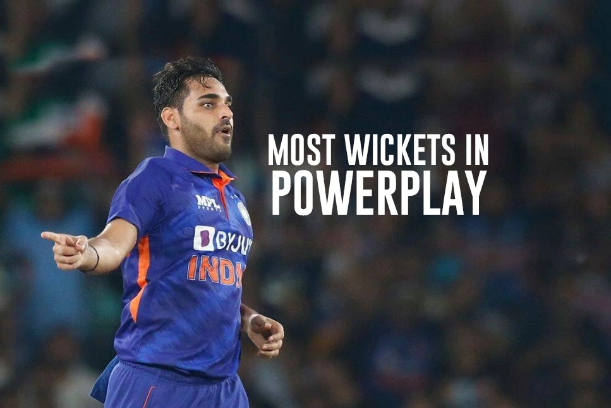 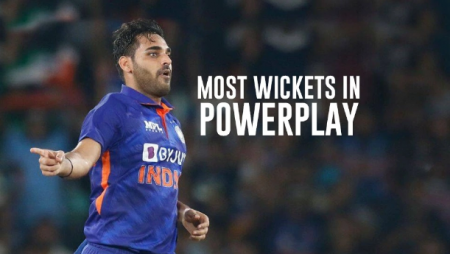 In the history of the T20I format, India pacer Bhuvneshwar Kumar had the most wickets in the powerplay. On Sunday, Bhuvneshwar Kumar achieved this feat during the first T20I against Ireland at the Malahide Cricket Club Ground in Dublin. On the fifth delivery of the innings, he dismissed Ireland captain Andrew Balbirnie, completing his 34th powerplay wicket in T20Is. With this wicket, the Indian pacer surpassed former West Indian spinner Samuel Badree. Also New Zealand pacer Tim Southee, both of whom have 33 wickets.

In the first T20I of the two-match series, Team India defeated Ireland by seven wickets, thanks to blistering knocks by Deepak Hooda and Hardik Pandya at Malahide Cricket Club Ground on Sunday.

In his three-over spell, Bhuvneshwar Kumar took one wicket and gave up 16 runs.

Hooda scored 47 runs off 29 balls, while Hardik scored 24 runs off 12 balls to help Team India reach the target of 109 runs in 9.2 overs, with seven wickets in hand.

Craig Young was the standout bowler for Ireland, taking two wickets while Joshua Little only took one.

With this victory, India has taken a 1-0 lead in the two-match series, and the teams will meet again on Tuesday for the second T20I.