Before selecting a captain for the T20 World Cup, BCB President consult with underperforming Mahmudullah. 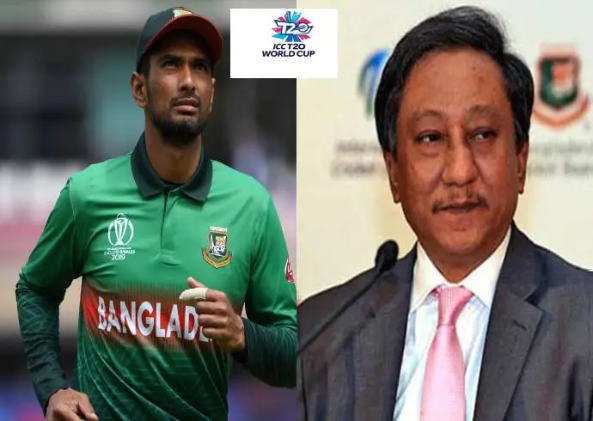 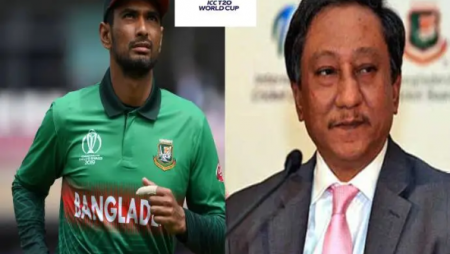 Before selecting a captain for the T20 World Cup, BCB President consult with underperforming Mahmudullah. Mahmudullah Riyad has not scored a half-century in the last 13 Twenty20 Internationals.

According to the latest developments. The Bangladesh Cricket Board (BCB) will consult with their T20I skipper Mahmudullah Riyad before naming a captain for this year’s T20 World Cup. Which is set to take place in October-November.

According to reports, the current BCB president, Nazmul Hasan. Decided to meet with the underperforming Mahmudullah to discuss his future. Which includes his availability for the showpiece event in global T20 cricket. Riyad’s most recent T20I half-century came against Papua New Guinea (PNG) during the T20 World Cup in the UAE.

Also Visit: Martin Guptill honors his late father by dedicating the 18th ODI century to him.

It’s difficult to say who will be our captain today: BCB President

“It’s difficult to say who will be our captain today” (in the upcoming ICC T20 World Cup). I believe a decision will take a month. “Let the captain come, and we’ll have to sit with him,” Nazmul said after the board meeting on Sunday, July 17 in Mirpur, as quoted by Cricbuzz.

“Certainly (the underperforming captain is a concern), but let him come (and let us sit),” he said. “I don’t think there will be a significant change if we replace the captain.”

“This is a difficult question (whether we are pleased or dissatisfied with Mahmudullah’s captaincy).” Mominul’s captaincy did not disappoint us. “The name Mahmudullah keeps coming up because he isn’t scoring runs, and if he starts scoring runs, everything will be fine,” he added.

Mahmudullah Riyad has not scored a half-century in the last 13 shortest-format innings, with his best score of 22 coming recently against the West Indies.

In fact, under Riyad’s captaincy, Bangladesh has won only one of the last 13 T20Is. In terms of overall results, Bangladesh has only managed 16 victories out of 43 games played under his leadership, including 26 defeats. These underwhelming performances have clearly put the BCB in a panic as the T20 World Cup approaches.