Andre Russell says ”I planned it” to AB de Villiers in the Indian Premier League: IPL 21 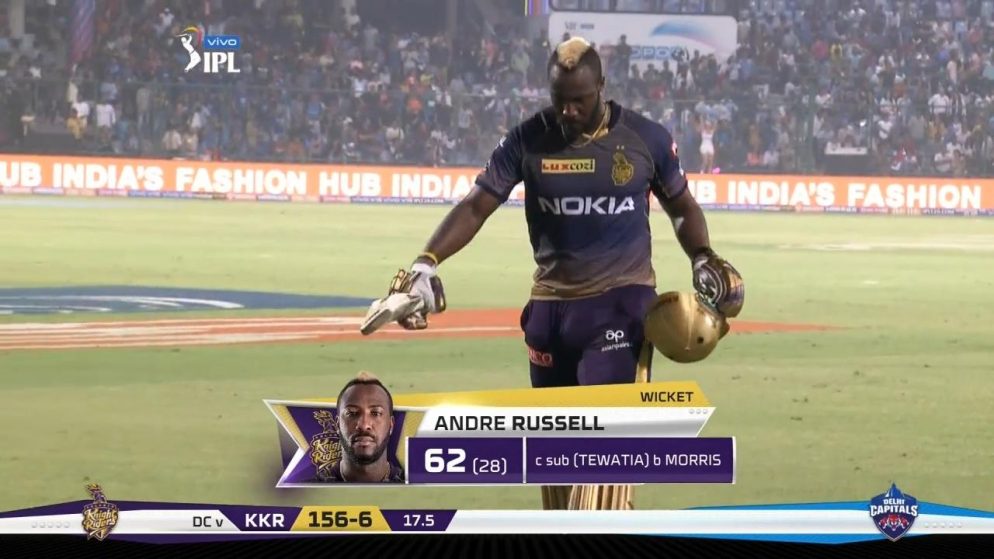 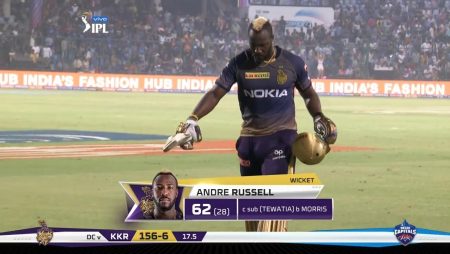 Andre Russell says ”I planned it” to AB de Villiers in the Indian Premier League. Andre Russell of Kolkata Knight Riders has revealed that the pin-point yorker nailed against AB de Villiers. Also, on Monday was a planned move-in IPL 2021. Russell produced an unplayable yorker to knock. Over the de Villiers for a golden duck. Andre Russell said he had been bowling hard lengths. Prior to AB’s arrival at the crease. It was a calculated ploy to dish out a blockhole delivery. Also, at the start of the South African’s innings.

“That yorker, I planned it. Because you know, I was bowling hard lengths before into the wicket. AB came out to bat, I know he is a clever player. He was definitely looking for a hard-length ball. You know, I just trusted myself to get the yorker in and it worked. So, I’m happy,” Russell said.

Russell had a perfect day with the ball. Also, in KKR’s opening game of the UAE leg against the Royal Challengers. He registered figures of 3/9 in three overs. Which included the prized scalps of De Villiers and Glenn Maxwell.

“I went to AB after the match and give him a hug,” Andre Russell said.

Andre Russell’s determine yorker meant that ABD registered his first golden duck in the IPL since 2016. It was completely different from Dre Russ’s fortunes. Also, his previous tussle with the Proteas legend earlier in the season.

Lastly, Six months later, the tables were turned. Also, Russell was happy that he ended up on the right side of the ledger.

“Well, I wasn’t checking that stat, but I’m happy it was tonight. In the last encounter we had, he smashed me all over the ground. AB de Villiers is a top player, so getting him out first ball, you know, is definitely my night. I just want to keep going from strength to strength. After the game, he was looking at me like, you know, he knows that I got him. So I went to him and give him a hug and said, big man, I got you tonight,” Andre Russell said.

Visit more: Brandon is the king that leads Guyana Amazon Warriors to the Victory in Caribbean Premier League: CPL 2021