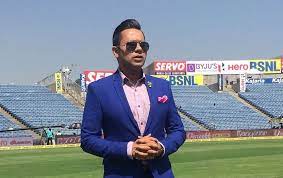 Aakash Chopra says “Venkatesh Iyer is vishesh” in the Indian Premier League. Chopra has to call Venkatesh Iyer a special player. While discussing the Kolkata Knight Riders’ emphatic win. Against the Royal Challengers Bangalore in the Indian Premier League 2021. Knight Riders chased down a lowly 93-run target. Also, nine wickets in hand and ten overs to spare in their IPL 2021. The encounter against the Virat Kohli-led side on Monday. Iyer was making his debut, saw the team home. Also, an unbeaten 41-run knock.

Moreover, talking about KKR’s run chase in a video shared on his YouTube channel. Chopra praises the performances of their two openers.

“Venkatesh Iyer is vishesh, he batted brilliantly, he was on fire. Shubman Gill had the license to thrill, he won my heart. His batting was beautiful and played in a different fashion, absolutely carefree. These conditions are suiting him as well as the ball is coming onto the bat nicely,” Chopra said.

Also, Aakash Chopra picked the ninth over of the RCB innings bowled. It is by Russell as the turning point of the encounter.

“Andre Russell’s over was the turning point of the match. They went into the match with just the five bowlers and this was the over in which he first dismissed KS Bharat with a short ball and after that, there was a strategic time out,” Aakash Chopra said.

“When you came at the other end of that, there AB de Villiers off the first delivery. It was a yorker-type of delivery that hit the legs and went on to hit the stumps. That was game, set, and match because Bangalore plays six proper batsmen and five full bowlers,” he added.

Lastly, Aakash explained that RCB does not have depth in their batting. It’s unlike some of the other teams in the Indian Premier League.

“Hasaranga and Jamieson can bat alright but they do not have multi-skilled players like Hardik Pandya, Krunal Pandya, or Kieron Pollard, or the ones in Dhoni’s team like Jadeja, Sam Curran, and Bravo. They don’t have players like that, let’s be honest. Those two wickets in the one over just broke the back of their batting,” Aakash said.