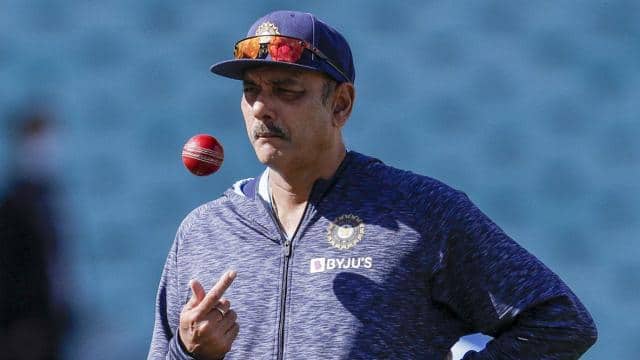 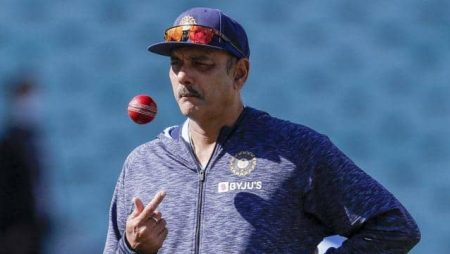 Aakash Chopra says “It might remain as a thorn in his mind” in T20 World Cup 2021. He believes Ravi Shastri will be pained. At failed to win an ICC event during his tenure as Team India’s coach. The Indian squad was eliminated from the T20 World Cup 2021, which is now in progress. Before moving on to the semi-finals. Following tonight’s match against Namibia, Shastri will stand down. As India’s head coach, they will be succeeded by Rahul Dravid. Whereas reflecting on Ravi Shastri’s tenure as head coach. Chopra pointed out that Shastri may be disheartened. By Group India’s failure to win a global event under him.

“Ravi Shastri will not be seen as the Indian coach hereafter. If you talk about World Cups or ICC events, you could have won at least one of the three trophies, whether it was the 2019 World Cup or the ICC mace or this World Cup. If you play three World Cups and don’t win even one of them and you don’t even qualify in one, it might remain as a thorn in his [Shastri’s] mind,” Aakash Chopra said.

“I feel India could have done better in white-ball cricket. We won bilateral series repeatedly, whether it was ODIs or T20Is. But the one legacy Ravi Shastri did not leave behind was that the team did not start playing a different brand of cricket,” Chopra added.

Moreover, there have been calls from certain quarters for Team India. Also, to imbibe England’s aggressive approach, especially in the T20 format of the game. However, it could prove counter-productive at times. Due to India’s lack of batting depth. And after that Chopra admired Ravi Shastri for putting together an impressive Test side. Which did well in overseas conditions and particularly in Australia.

“Lastly, he made a very good Test team. The Indian team went to Australia and defeated them twice, no one had done that earlier. We played well in England,” Chopra said.

Read more: Kane Williamson says “the epitome of calmness in a mad, mad world” in the T20 World Cup