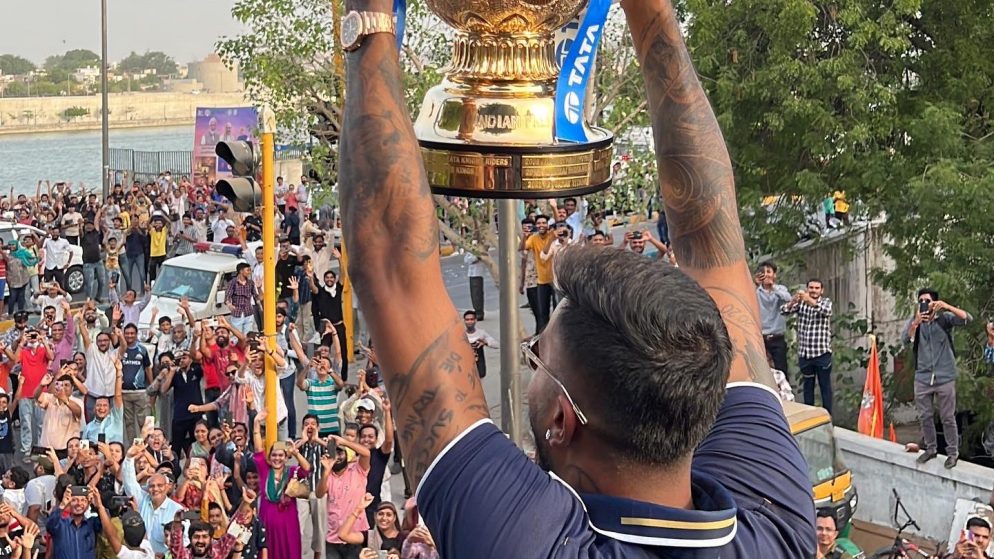 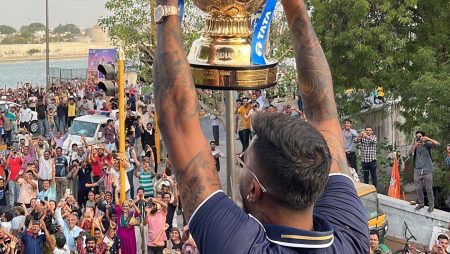 After a successful Indian Premier League (IPL) 2022 season in which the Gujarat Titans won the title in their inaugural season, the Hardik Pandya-led team celebrated with a victory parade in Gandhinagar, Gujarat. Furthermore, Thousands of fans flooded the city streets on Monday as GT rode an open-top bus in a victory parade. The Titans defeated the Rajasthan Royals by seven wickets in the final on Sunday at the Narendra Modi Stadium in Ahmedabad, capping off a fantastic season. As a result, they became the first team since the Royals in 2008 to win the tournament in their first season.

“Without you, #TitansFAM, we couldn’t have won this #SeasonOfFirsts. We can’t thank the city police department enough for making our road show a smashing success! “According to GT social media.

However, The team will travel to Mumbai on Tuesday to celebrate the victory with its owners.

Following the victory, players partied at the stadium until 3 a.m., followed by another round of celebrations at the team hotel. They returned to their rooms at 6 a.m.

Moreover, All of the players’ families were present, including Shubman Gill’s father.

The players and members of the support staff also expressed gratitude to the fans.

Hardik has had a fantastic start to his new IPL season with his home franchise. In 14 innings, he has scored nearly 500 runs at an average of 45.30 while also picking up numerous wickets, earning him widespread praise.

“Because we discussed leaving a legacy, this title will be special. It will be discussed by future generations ” Hardik had stated following his victory.

“Everyone will remember that this was the team that started this journey, and winning the championship in the first year is very special.”