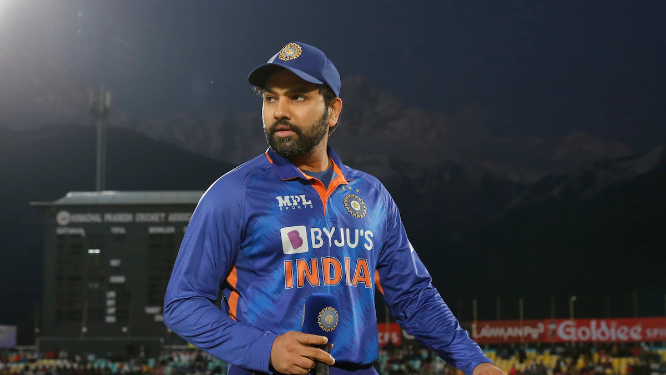 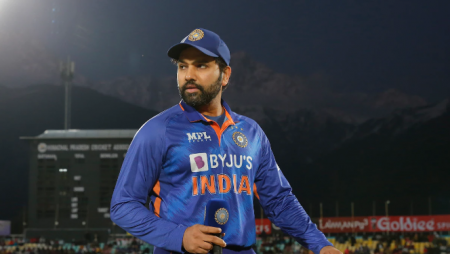 “15 Years In My Favorite Jersey”: Rohit Sharma’s Special Message On India’s Debut Anniversary. On June 23, 2007, Rohit Sharma made his debut for Team India against Ireland in a One-Day International in Belfast.

India captain Rohit Sharma made his international debut 15 years ago today. On June 23, 2007, he made his debut for Team India against Ireland in a One-Day International in Belfast. Rohit took to social media to commemorate his 15th year in international cricket and shared a special message. Rohit thank everyone who was a part of the journey and stated that he will remember it for the rest of his life.

Also Visit: In England, there is no health advisory urging Indian players to practice at a low intensity.

15 years in my favourite jersey Hello everyone. Today I’ll be completing 15 years of international cricket since I made my debut for India. What a journey it has been, surely one that I’ll cherish for the rest of my life,” Rohit said in an official statement.

“I just want to thank everyone who has been part of this journey. A special thanks for the people who help me become the player that I am today,” he added.

“To all the cricket lovers, fans and critics your love and support for the team is what gets us over those hurdles we all inevitably come across. Thanking you, RS,” he concluded.

Rohit will bat for India against Leicestershire in a four-day practice game later today.

Interestingly, Cheteshwar Pujara, Rishabh Pant, Jasprit Bumrah, and Prasidh Krishna will all play for the County side, which will be led by Sam Evans.

This will be the Indian team’s only warm-up game before the rescheduled fifth Test against England in Edgbaston on July 1.

Last year the fifth Test postponed due to a Covid outbreak in the Indian camp. Also India currently leads the series 2-1.