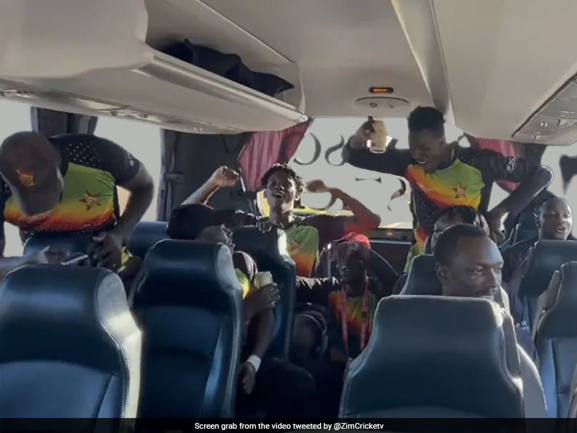 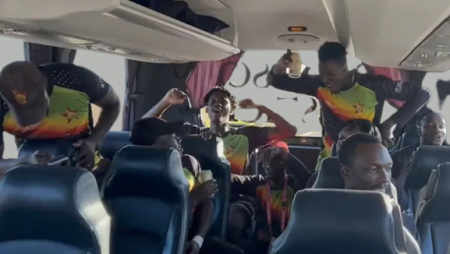 Zimbabwe stunned Australia in the third and final One-Day International (ODI) in Townsville on Saturday. After batting first, Zimbabwe took advantage of the conditions to bowl Australia out for the first time in ODIs. This was also Zimbabwe’s first victory over Australia in Australia. The victory increased their chances of climbing the ODI Super League ladder and qualifying for next year’s 50-over World Cup in India. Wild celebrations erupted inside the Zimbabwe team bus following the game.

“See what you’ve done, Castle Corner? Who can blame us? Thank you for your encouragement and inspiration, whether at home or away!, “According to the video caption

Inside the team bus, the Zimbabwe players, including star batter Sikandar Raza, can be seen singing and dancing to a song.

After the visitors elected to bowl, Ryan Burl (five for 10) was instrumental in dismissing the hosts for 141.

In response, Zimbabwe overcame a shaky chase to defeat the cricketing powerhouse for the first time in Australia when they reached the target in the 39th over, sparking scenes of joy.

Zimbabwe won the game by three wickets but finished the three-match series 1-2.

“We showed a lot of fight… it was a testament to the boys’ hard work,” Chakabva said.