Yuzvendra Chahal speaks out about not being selected for the T20 World Cup in 2022. – ‘It’s not an individual game’ 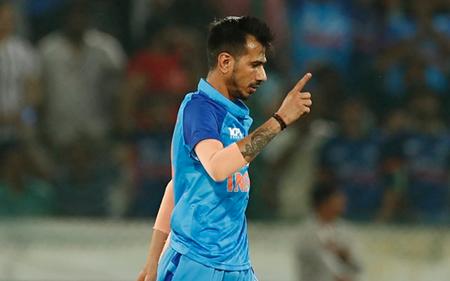 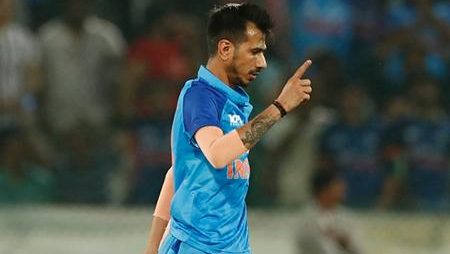 Yuzvendra Chahal speaks out about not being selected for the T20 World Cup in 2022. – ‘It’s not an individual game’. The only players who did not participate in a single game for India. In the T20 World Cup were Chahal and Harshal Patel.

Indian leg-spinner Yuzvendra Chahal appeared to be the favorite among spinners. To make the starting XI before the T20 World Cup in Australia. After being cut from the 2021 version of the competition. Chahal play some outstanding cricket in the 15th iteration of the Indian Premier League, taking 27 wickets from 17 games. In India, the 32-year-old took 23 wickets from 21 T20 International matches he participated in 2022.

He was therefore anticipate to begin for India in the T20 World Cup. To everyone’s amazement, Chahal didn’t play in any games as India once again fell short of bringing home the championship. In order to give the team more batting depth, he had to make room for experienced Ravichandran Ashwin and Axar Patel, who were ahead of him.

Read also: Virat Kohli does dancing moves in honor of Ishan Kishan’s double century during the BAN vs IND match.

Yuzvendra Chahal said: “Whether I am picked in the XI or not that is not in my hand”

Speaking about the entire ordeal, the spinner from Haryana said that the team management has explain his position to him and that he now knew why he wasn’t able to participate in any of the games.

“It’s not an individual game. Every team has their own set of combination. And then I saw Ashwin and Axar performing well…those things happen in life. I just knew that if get an opportunity I have to be ready and coach and Rohit bhai had clarified that to me,”

The 32-year-old is solely interest in returning to the Indian squad in the future. He stated that he is not currently considering joining the starting XI because he is not in control of it.

“The 50-over World Cup is going to happen next. The last World Cup which I had played, in 2019, was also a 50-over World Cup. I don’t tend to think about all these stuff that much. For me, what matters is playing for India, that is my first goal. Now whether I am picked in the XI or not that is not in my hand. I hope I can continue playing in the same manner, get to play for my country and hope India become the champions in 2023,”

Read also: Women’s IPL is expected to begin on March 3 and conclude on March 26.