WWC: England’s huge victory keeps them on track for a semifinal spot. 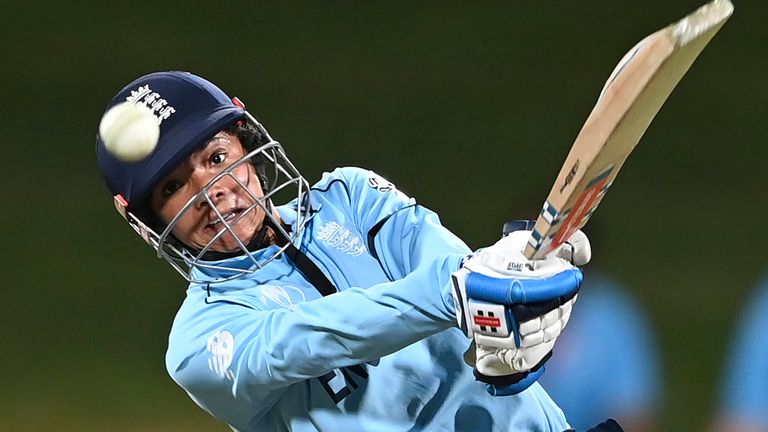 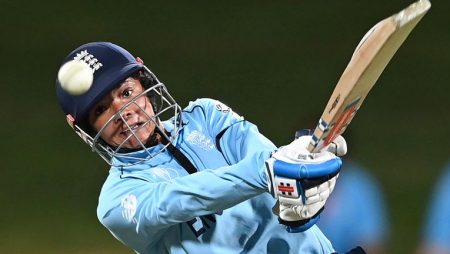 WWC: England’s huge victory keeps them on track for a semifinal spot. England Women defeated Pakistan Women by nine wickets on Thursday (March 24) in Christchurch to keep their place in the Women’s World Cup semifinals. Choosing to bowl first, England dismissed Pakistan for 105 before chasing down the target in 20 overs to secure a huge victory. They must now defeat Bangladesh in their final league match to advance to the final four.

Katherine Brunt bowled an outswinger first ball that took Nahida Khan’s outside edge through to slip, giving the defending champions a dream start. Pakistan’s were worse in the fourth over when Bismah Maroof run out. Sidra Ameen battled hard for a 77-ball 32, but England exploited the opening by ripping through Pakistan’s batting order.

Brunt added two more wickets to her tally, finishing with a three-wicket haul that would boost her confidence significantly as the tournament neared its conclusion. Until this game, the veteran pacer’s tournament had been abysmal, with only one wicket in five games.

Pakistan collapsed quickly from 79/5 as Sophie Ecclestone ran through the tail, picking up three wickets in three consecutive overs to skittle out the batting side for 105. Despite the fact that victory was clearly in sight after their bowling efforts, England lost Tammy Beaumont early for only two runs when she trap lbw by Diana Baig.

The chase, on the other hand, went off without a hitch as Danielle Wyatt went on a boundary-hitting spree and found good support from skipper Heather Knight at the other end. The duo remained unbeaten and completed the task in the 20th over of the innings, with Wyatt scoring an unbeaten 76 off 68 balls.