WWC 2022: Smriti Mandhana and Harmanpreet Kaur share the player of the match award 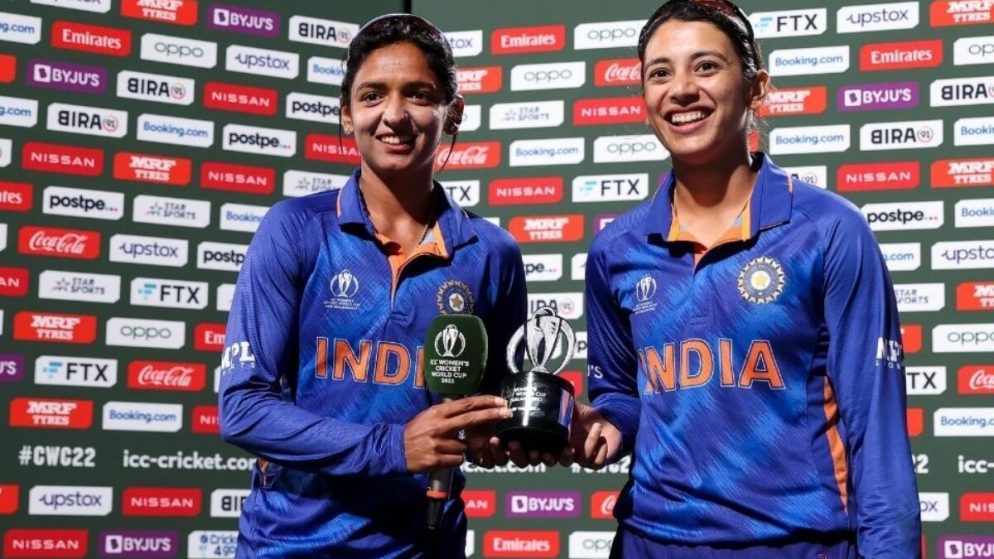 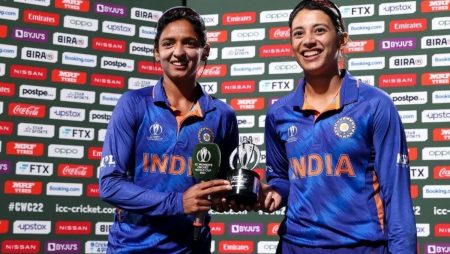 WWC 2022: Smriti Mandhana and Harmanpreet Kaur share the player of the match award.

In a touching gesture, opener Smriti Mandhana shared her player of the match award with Harmanpreet Kaur. Team India defeated West Indies in their third game of the 2022 ICC Women’s World Cup at Seddon Park in Hamilton, thanks to centuries from Mandhana and Kaur.

It should be noted that Team India was in trouble at 78/3 in 13.5 overs. Harmanpreet Kaur, a right-handed batter, joined opener Mandhana. After getting off to a shaky start, both senior players helped to steady India’s innings. After settling in, the duo took command of the West Indies bowlers, hitting them for boundaries at regular intervals.

Smriti Mandhana and Hampreet Kaur have a 184-run partnership.

In the 43rd over of the match, the experienced duo stitched a partnership of 184 runs between them, taking their team score from 78/3 to 262 runs. The left-handed opener scored 123 runs, hitting 13 boundaries and two sixes. Meanwhile, her partner Harmanpreet, who was instrumental in taking India past the 300-run mark, reached her century in the 46th over of the match. The 33-year-old also hit 10 fours and two sixes.

“I think scoring a century and not being named Player of the Match is something I really wouldn’t want as a player,” Mandhana said during the post-match presentation. I believe we both contributed equally to our 300-point total. So I think it’s a good idea for us to share the trophy, and I think both of us are strong contenders for it. “We learned from our mistakes, and we vowed not to repeat them,” Mandhana said at the post-match press conference.

“As batters, we prefer chasing and setting the target at the same time.” We didn’t get going in the previous game, and momentum is crucial when chasing. “Our strengths are very different because she is very good with spin and I prefer speed on the ball,” she added.

Meanwhile, West Indies got off to a perfect start in their chase, scoring 100 runs without losing a single wicket. However, as soon as opener Deandra Dottin was out, the game collapsed. In addition to Dottin, the other opener, Hayley Matthews, scored 43 points off 36 balls. However, that was insufficient for the women in maroon, who were bowled out for 162 runs in 40.3 overs.