WWC 2022: Omaima Sohail bowls a 7-ball over against South Africa after the umpire fails to count the balls. 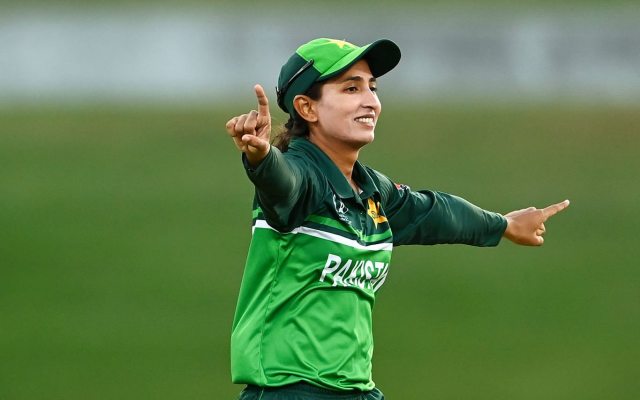 WWC 2022: Omaima Sohail bowls a 7-ball over against South Africa after the umpire fails to count the balls. The incident occurred in the 27th over of the game.

The ongoing ICC Women’s World Cup in New Zealand has already seen a number of close matches and excellent cricket. Pakistan and South Africa are currently playing in the tournament’s ninth match. While the game is proceeding without incident, umpire fails to count the balls during South Africa’s innings has piqued the interest of the fans.

The 27th over of South Africa’s innings saw seven balls bowled, and it appears that few noticed. Omaima Sohail of Pakistan bowl the over, which filled with action, as Laura Wolvaardt smashed a boundary off the second ball.

The umpire, however, adjudged Sune Luus LBW in what should have been the final ball of the over. But, for the second time in the inning, the batter overturned the decision. The 27th over should have ended here, but the umpire insisted on bowling one more delivery, which turned out to be the seventh ball of the over. The umpire appears to have missed the count due to the DRS drama off the final delivery of the over.

South Africa, on the other hand, managed to post a competitive total of 223 runs for the loss of nine wickets in 50 overs after losing the toss. The score would have been much lower if Pakistan hadn’t dropped four catches and missed three run-out opportunities. Laura Wolvaardt (75) and skipper Sune Luus (62) batted half-centuries, while Chloe Tryon (31) and Trisha Chetty (31) provided much-needed momentum.

Ghulam Fatima and Fatima Sana bowled well for Pakistan, taking six wickets each. They’ll be kicking themselves for the dropped catches after the team had South Africa struggling at 120/5 after 32 overs. Nonetheless, they have limited the opposition to a reasonable total and would bet on themselves to beat it. Having said that, South Africa defended 207 runs in their first game of the tournament, so this should be a close game.