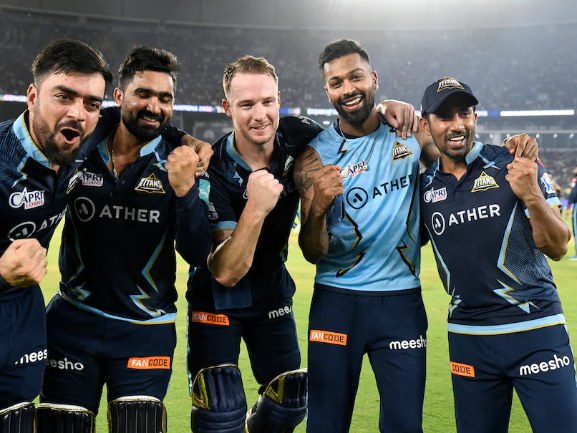 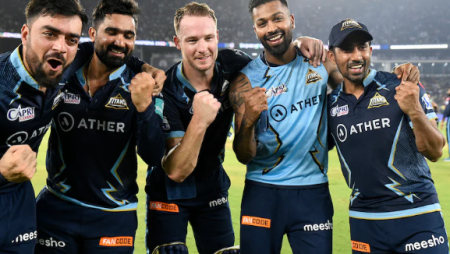 Wriddhiman Saha was an important part of Gujarat Titans’ Indian Premier League (IPL) 2022 campaign. This season, the wicketkeeper-batter scored three half-centuries and totaled 317 runs in 11 matches at an average of 31.70. Saha was promoted to the top of the order and batted first for Gujarat Titans. He did an excellent job in the role and also behind the stumps. Mohammed Shami praised Saha after GT’s IPL 2022 final victory over Rajasthan Royals. The two players have previously played for the Bengal state team, the Indian cricket team, and now GT.

Also Visit: Want to win the World Cup for India regardless of what happens: Hardik Pandya

“He has been with me for the past 20 years. We know what we’re capable of because we know each other well. Everyone has witnessed his capabilities. Chance milne ki der hai ” Shami commented on teammate Wriddhiman Saha following the IPL 2022 final victory.

Moreover, Saha who played 40 Tests and nine One-Day Internationals for India. Left out of India’s 17-man Test squad for the fifth rescheduled Test against England, which will be played at Edgbaston, Birmingham, from July 1-5. India currently holds a 2-1 lead in the Test series.

“This is my fifth final, and I am defending my title for the second time. This makes me happy. Some have said that our squad isn’t very good based on how we’ve played. Throughout the season, we proved everyone wrong, and we won the championship. It feels fantastic, “Saha Moreover stated.

Shami, who dismissed Lucknow Super Giants captain KL Rahul on the first ball of GT’s first IPL 2022 match, explained that it was all about getting off to a good start. “Our goal was to get off to a good start. We had a successful preseason practice. I planned to bowl the appropriate length. A strong start was required. Line and length were crucial “Shami stated.

Also Read: The BCCI has announced a reward of INR 1.25 crore for curators and groundsmen.