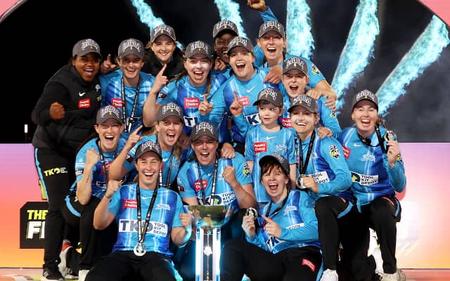 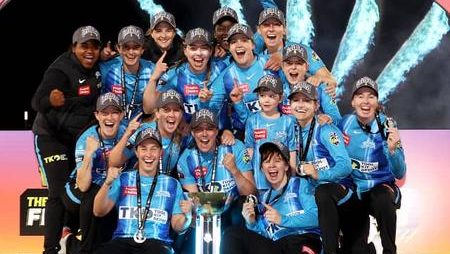 Women’s Big Bash League 2022: Complete list of honorees, data, and top players. On November 26, the WBBL 2022 came to an end, as Adelaide Strikers were crowned winners.

The Adelaide Strikers, who won the WBBL 2022 title, had a difficult ride. Adelaide Strikers have advanced to the finals three times since the tournament’s 2019 iteration. Strikers triumphed in the 2022 championship match by defeating Sydney Sixers by 10 runs after losing the 2019 and 2021 championship games. Third time’s a charm, as they say!

This year’s Women’s Big Bash League kicked off on October 13 and included 59 games, including the summit match. In the eighth iteration of the competition, eight teams gave it their all, but only the Hobart Hurricanes, Brisbane Heat, Adelaide Strikers, and Sydney Sixers advanced to the knockout round.

Sixers won 11 of the 14 games they played to finish first on the table with 23 points, qualifying them for the championship game. Hobart Hurricanes and Brisbane Heat squared off in the Eliminator game; Heat advanced to the Challenger game after beating the Hurricanes. As the Adelaide Strikers secured their berth, they met them next and were unable to advance to the championship match.

The Strikers and the Sixers engaged in a brutal battle in the final. The Adelaide Strikers earned their maiden victory and put an end to the Ellyse Perry-led Sydney Sixers’ search for a WBBL championship title. Despite keeping their hopes up and persevering until the very end, the Sydney Sixers fell short of 10 runs during the chase.

The Strikers made their inaugural appearance in the 2005 WBBL final, when they were defeated by the Brisbane Heat by six wickets. In the WBBL 07 match, they fell to the Perth Scorchers by a sad 12-run margin. Deandra Dottin, Darcie Brown, and Megan Schutt put last year’s loss behind them and beat the pre-match favorites to win the title thanks to their valiant efforts.

Perth Scorchers player Beth Mooney finished with a total of 434 runs from 13 innings in 14 games, a strike rate of 120.55, and an average of 43.40. She had the best run total in the contest. She won the tournament by breaking three half-centuries, with a high score of 99*.

Megan Schutt of the Adelaide Strikers finished with the most wickets in the competition. In 14 innings in 15 games, she took 27 wickets, including one five-wicket haul and two four-wicket hauls. She kept up a good economy of 6.39, and her best figure so far this season was 6/19.

Ashleigh Gardner of the Sydney Sixers was honored as the competition’s best player. She had a disappointing season last year, but this year she excelled with both the bat and the ball. She finished the competition as the equal third-highest wicket-taker with 339 runs scored in 13 innings and 23 wickets taken.

Shawn Fledger, a national selector, chose Tess Flintoff of the Melbourne Stars as the best young player for this year. She took four wickets in the competition and amassed 116 runs in seven innings with a strike rate of 165.71. She broke the tournament record for quickest half-century by shattering a record-breaking 16-ball 51*, writing history.

Read also: Will Deepak Chahar Play in the Second One-Day International between India and New Zealand?