With an astounding $10.9 billion value, IPL becomes a decacorn. 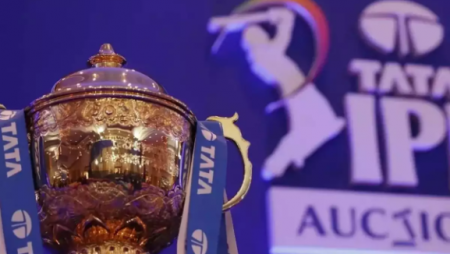 With an astounding $10.9 billion value, IPL becomes a decacorn. According to D and P Advisory, the worth of IPL has increase by 75% since 2020, and it currently stands at $10.9 billion.

According to D and P Advisory, the worth of the IPL has increase by 75% since 2020. It currently stands at $10.9 billion. It is no secret that the Board of Control for Cricket in India (BCCI) spends a lot of money to keep Indian cricket competitive.

The returns on the tremendous investment made by the apex board are also remarkable. A large chunk of the income coming from the top-tier competition, the IPL. The launch of the cash rich league has greatly helped to its financial success. The company is currently valued as a Decacorn (a company worth more than $10.0 billion) and the world’s second largest athletic league.

The entrance of two new teams in the tournament at a combined colossal value of $1.6 billion. As well as a 16-fold increase in the average price tag of a team, were essential in enhancing the valuation. The profitable T20 league was valued at $6.2 billion in 2020. Additional investments and earnings over the last two years, the firm has already reached the landmark of $10.0 billion.

The IPL franchise owners have expressed interest in emulating the multi-club ownership model as part of their long-term expansion plan. For example, the Knight Riders Group and Reliance Industries, among others, have invested in teams from various top-tier leagues throughout the world.

Furthermore, the research titled ‘Beyond 22 Yards’ by D and P Advisory. Noted that the key event this time was the sale of the IPL broadcast rights for 2023 to 2027. The league’s administration sold the media rights for $6.2 billion, which represents a three-fold increase over the previous five-year cycle in 2017. Furthermore, the launch of the Women’s IPL in 2023 will definitely bring enormous value in terms of income to the league’s total ecology.