Will Virat Kohli lead India against England in the rescheduled 5th Test? What This English Star Has To Say 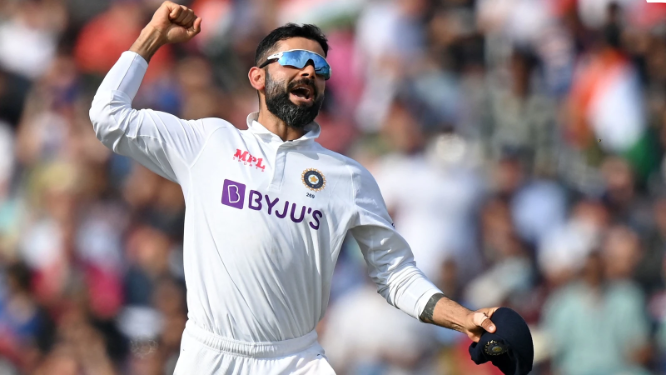 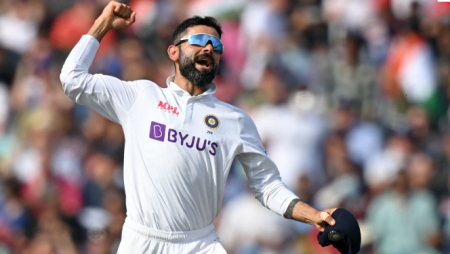 Will Virat Kohli lead India against England in the rescheduled 5th Test? What This English Star Has To Say. Moeen Ali said he would hand over the captaincy to Kohli for the Edgbaston Test against England, but that the latter would have the final say.

The fifth rescheduled Test between India and England will begin on July 1, but Rohit Sharma’s participation is unknown. The Indian captain place in isolation after testing positive for COVID-19 last week. With vice-captain KL Rahul also injured, the question of who will lead the team. Against England at Edgbaston in Birmingham remains unanswered. After Virat Kohli step down as India’s all-format captain following the Test series defeat in South Africa, Rohit name as the country’s all-format captain.

If Rohit is unable to recover in time, the management may delegate the captaincy to either pacer Jasprit Bumrah or wicketkeeper-battler Rishabh Pant, who recently led the team in a five-match T20I series against South Africa.

Moeen Ali said he would hand over the captaincy to Kohli for this game, but that the latter would have the final say.

“It’s a difficult one. Last night, I was thinking about this. Because Virat was captain of the same series last year, I’d probably give it to him for this one game. But it’s obviously his decision. He’s unlikely to want to do it. He is content, his mind is at ease, and he declares, “I will never captain (in) Test cricket again.” So that can be difficult as well, but I think it’s a good idea. He has the experience, and this is a crucial series for India “Moeen stated to Sports Today.

India led the five-match series 2-1 with Kohli at the helm before the final Test postponed due to a Covid outbreak in the Indian camp.

Moeen, on the other hand, believes England may have the upper hand over India after the Ben Stokes-led side recently swept New Zealand 3-0.

“If this series had ended last year, India would have won 3-1, but given the way England has played, I believe India is slightly undercooked as a result of England’s lack of cricket. If England performs as well as they have in recent games, they will be the favorites “He went on to say.