“Will Hear More”: Trent Boult and the Likely End of International Cricket 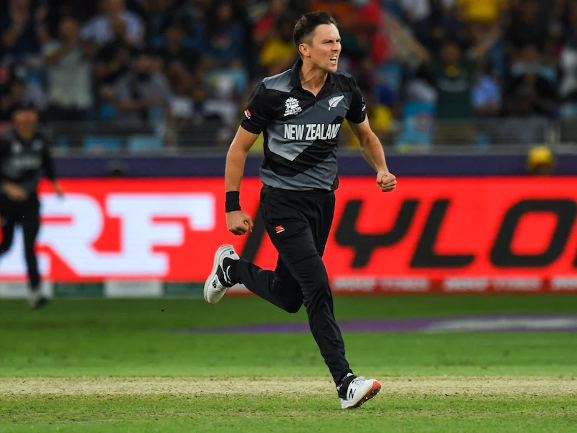 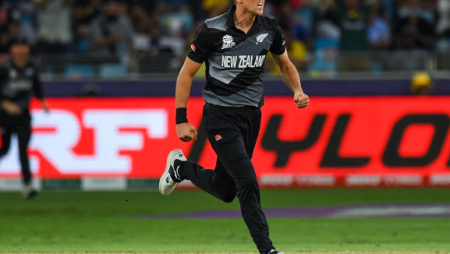 “Will Hear More”: Trent Boult and the Likely End of International Cricket. “It’s becoming increasingly difficult for these guys to maintain a full schedule of international cricket,” Ricky Ponting said.

Trent Boult’s role with the Black Caps will be “significantly reduced,” according to New Zealand Cricket (NZC). After the star fast bowler asked to be released from his central contract. ” This has been a very difficult decision for me, and I’d like to thank NZC for their assistance in getting to this point. ” The star runner said. “Playing cricket for my country was a childhood dream of mine. I’m extremely proud of everything I’ve accomplished with the Black Caps over the past 12 years. This decision is ultimately about my wife Gert and our three young boys.”

Boult has 317 wickets in 78 Tests, 63 wickets in T20s, and 169 wickets in ODIs for New Zealand. Boult is fourth on New Zealand’s all-time Test wicket-taking list. Trailing only Richard Hadlee, Daniel Vettori, and his new-ball partner Tim Southee. Former Australia captain Ricky Ponting believes the 33-year-old pacer should consider the “financial side” of the game.

“I think it’s unavoidable now with the number of T20 domestic tournaments springing up all over the world.” Ponting said on The ICC Review.

Ricky Ponting: Difficult for Players to keep up with the full schedule of international cricket.

“It’s becoming increasingly difficult for these guys to keep up with the full schedule of international cricket. With no disrespect to New Zealand, I’m sure Trent Boult’s national contracts are probably only reflective of what he’d make in one of these T20 domestic tournaments. He’s nearing the end of his career and, more than ever, he needs to think about his family and the financial side of the game.”

Ponting is currently the coach of the Delhi Capitals in the Indian Premier League and the head of strategy for the Hobart Hurricanes in Australia’s Big Bash League.

Ponting stated that Boult will be in high demand in franchise cricket leagues. Moreover, more examples like this will be heard in the future.

“With the Big Bash draft coming up, I’m sure pretty much every franchise or team in Australia. Would have been reaching out to Trent Boult to make sure he got his name into that player draft because he’d be in high demand,” Ponting said.

“The West Indians, I believe, started this years ago with their preference for the T20 game and their ability to win large sums of money in other tournaments. In the coming years, I believe we will read and hear more about this.”