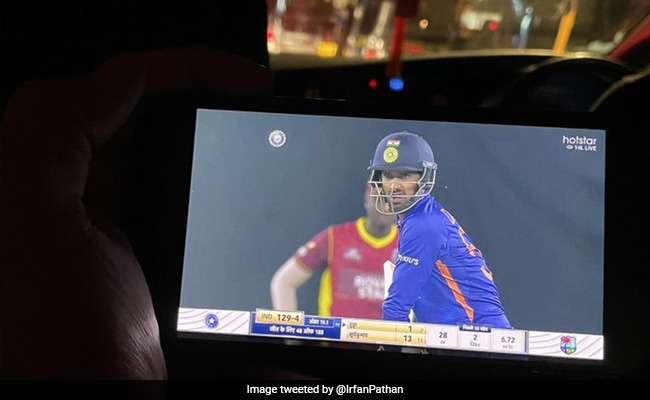 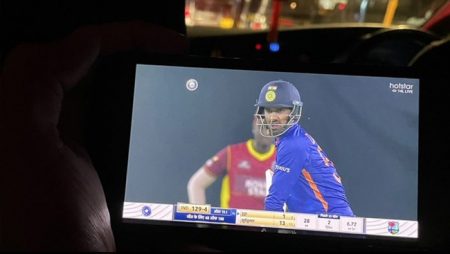 Deepak Hooda made a promising start to his international career. Assisting India to a victory over the West Indies on his debut. On Sunday, the 26-year-old used all of his domestic cricket batting experience. To form an unbeaten partnership with Suryakumar Yadav at the Narendra Modi Stadium in Ahmedabad.

India had just lost Ishan Kishan and Rishabh Pant for quick wickets and needed a partnership to stop the West Indies’ momentum. Hooda and Suryakumar accomplished this with a 62-run fifth-wicket stand. Hooda received a lot of support on social media, especially from former India all-rounder Irfan Pathan, who watched his debut innings while stuck in traffic.

Irfan captioned a photo of himself watching Hooda’s debut on a tablet: “He wouldn’t have missed his first inning for India for the world. #TRAFFIC #TRAVEL #TRAVELING “..

In addition, captain Rohit Sharma hit a half-century in his first match as full-time white-ball captain.

Initially, Yuzvendra Chahal’s four-wicket haul and Washington Sundar’s three-for on his comeback helped India bowl out the West Indies for 176 in 43.5 overs.

One Reply to “While stuck in traffic, a former India all-rounder watches Deepak Hooda’s ODI debut.”